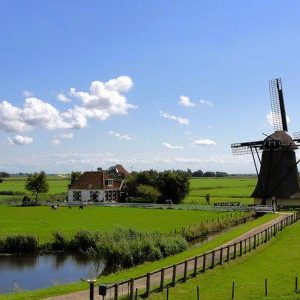 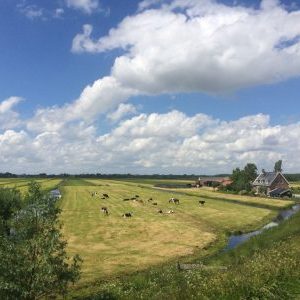 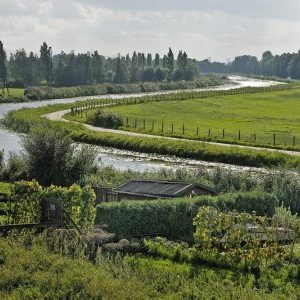 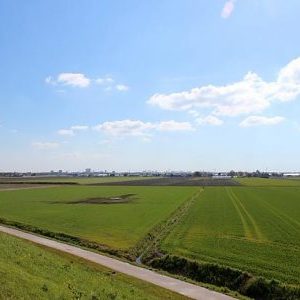 Forty reclaimed land was established in South Holland in the 19th century. This concerned the drying up of so-called peat pools, which had been created because layers of peat had been cut off for centuries for peat extraction. One of these was the Zuidplas southwest of Gouda. As early as 1700 there had been plans to dry this large, deep pool, but the costs were too high. Ultimately, reclamation only became feasible in 1816, when King Willem I was prepared to finance it, and so the Zuidplaspolder became the first ‘state polder’. In the 1920s, the construction of ring dikes and the construction of 30 mills began. 21 of these mills were located near Kortenoord (between Moordrecht and Nieuwerkerk aan den IJssel) and discharged the water into the IJssel via stepped drainage. The other 9 mills were located at Waddinxveen. At a later stage, two steam pumping stations were also used. Due to the Belgian revolt in 1830, the work was temporarily halted, but at the end of 1839 the Zuidplas was dry and the polder was used as agricultural land. In general, the soil turned out to be of good quality, but some parts of it remained too wet at first. When the mills were sold in 1876 and the switch was made to full steam drainage, this only came to an end. It was known that farms in new reclaimed land were not immediately profitable. Hence, the investors were not small farmers, but wealthy people who built the lease farms as an investment. Later, greenhouses, industrial estates and new housing estates appeared in the Zuidplaspolder. The lowest point of the polder, located in Nieuwerkerk, is also the lowest point in the Netherlands at 6.76 centimeters below NAP. The experiences with the Zuidplas came in handy in the reclamation of the Haarlemmermeer, which was four times larger and partly located in the later South Holland, which was decided in 1837.