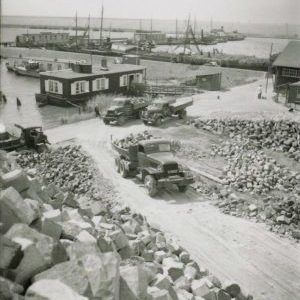 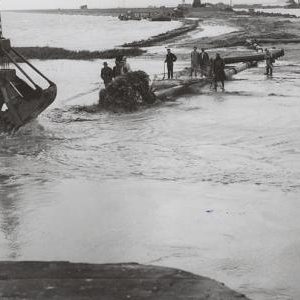 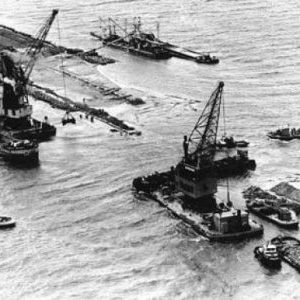 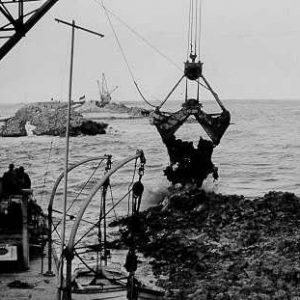 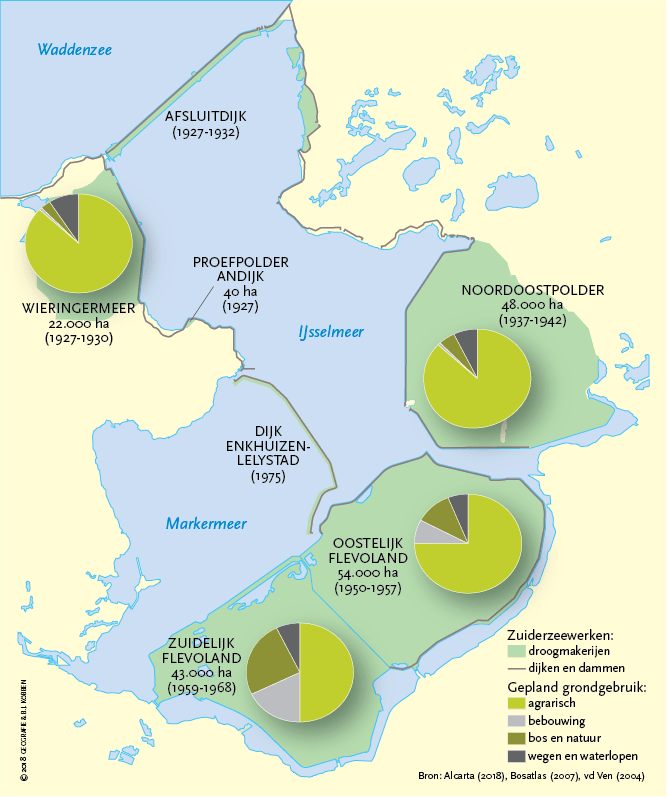 Plans were drawn up by various hydraulic engineers, ranging from a complete reclamation with some canals here and there, to a partial reclamation. Ultimately, ir. Cornelis Lely’s plan turned out to be the most suitable. He thought that the Zuiderzee should first be dammed with a dike with sluices to drain excess water, that some kind of inland lake should be maintained for the formation of a freshwater basin and that the Zuiderzee should be impoldered in parts. The biggest opponents of the closure of the Zuiderzee were the fishermen from fishing towns such as Enkhuizen , Hoorn , Stavoren , Urk and Volendam , who feared damage to their income.

As early as 1892, a state commission recommended carrying out ir. Lely’s plan, but it took until 1918 before a law was passed and work could begin. First, a test polder was made at Andijk to gain experience and then work began on the Afsluitdijk , a dike of 32 kilometers long and 90 meters wide. The dike protruded 7.5 meters above sea level, so that no waves could hit the dike during a storm surge. The usefulness of this became apparent in 1953 ; the high dyke prevented the Hollands-Utrecht polder from flooding during a violent storm, while the population in large parts of Zeeland and South Holland was surprised by the water.

After the Afsluitdijk was completed in May 1932, work began on the various polders. The Wieringermeerpolder was completed before the Afsluitdijk in 1930. This was followed by the Noordoostpolder in 1942, eastern Flevoland in 1957 and southern Flevoland in 1968. Initially, another polder was planned, the Markerwaard , but the construction was not carried out, because one of the main reasons for the reclamation, the acquisition of new agricultural land, was no longer considered as important. It was felt that there should also be room for water recreation.

Due to the reclamation, traffic between Amsterdam and the north has become a lot faster. Traffic from the east can now also more easily reach the province of Noord-Holland via the dikes. The original plans also included a railway line across the Afsluitdijk , but the construction of this railway line was canceled. The most important goal that has been achieved is greater safety for residents around the former Zuiderzee, which was renamed IJsselmeer after the reclamation . 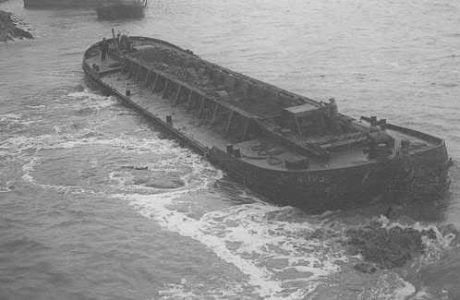