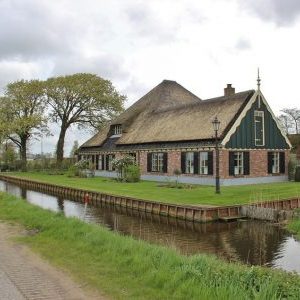 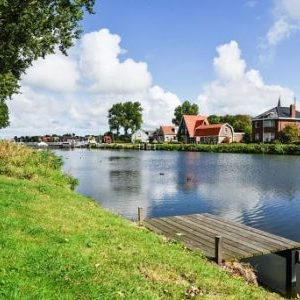 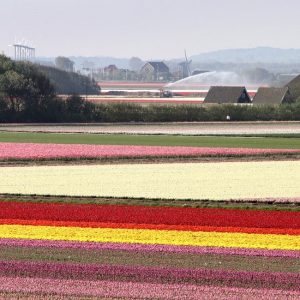 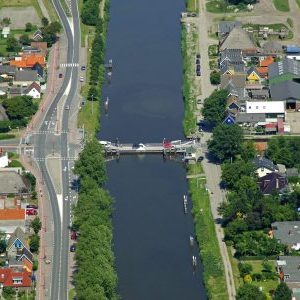 About 5,000 years ago the beach walls were created that form a large part of the North Sea coastline in North Holland. This beach wall was closed between Camperduin and Texel, but it was very narrow. Behind this shoreline was a peat area that was already being cultivated in the early Middle Ages. Partly as a result of these reclamations, the sea broke through the narrow beach ridge in three places between the years 1000 and 1300 and destroyed large parts of the peat behind, creating a wadden area with the Marsdiep, the Heersdiep and the Zijpe tidal inlets from north to south. In between were two remaining stretches of beach ridge: the islands of Callantsoog (‘t Oghe) and Huijsduinen. In the 15th and 16th century, the tidal inlets Zijpe and Heersdiep slowly silted up again, and the Marsdiep became wider and deeper. From the middle of the 16th century several unsuccessful attempts were made to drain the Zijpepolder. It was thought that the first dikes could be realized without mills due to the relatively high location of the polder, but from 1561 mills had to be used to keep the area dry. The ten mills were spared the heavy storm flood of 1570, but the dikes weakened and the polder was again exposed to the tides. The mills were demolished and in 1597 the final dike with a sand dike at the Hondsbossche and Pettemer Zeewering followed and the Zijpepolder was a fact. The much smaller Hazepolder immediately south of Petten was also impoldered at the same time. The many mills that kept the Zijpe dry were decommissioned between 1950 and 1966. In 1877 the sand dike was transformed into a much stronger dike, covered with basalt blocks: the Hondsbossche Zeewering. Thanks to the success of the Zijpepolder it was easier to find investors for similar projects and so the Beemster , the Purmer, the Wormer, the Heerhugowaard and the Schermer were reclaimed. The main structure for the subdivision of the Zijpepolder was grafted onto the elongated shape of the polder, giving it its characteristic kink. The polder was cut longitudinally by three axes (ribbons) along which farms were built, from west to east the Belkmerweg, the Ruigeweg and the Grote Sloot. The location of the Grote Sloot was largely determined by the presence of the old stream channel of the Sint Maartenszwin. The elongated blocks between the ribbons were divided into regular, elongated lots. In some places the polder was crossed by a cross road and at the intersections of development ribbons and cross roads cores arose. The series of cores on a cross road belonged together, such as Sint Maartenszee, Sint Maartensvlotbrug, Sint Maartensbrug and Sint Maarten. At the same time, the place names along a long axis were given the same exit again, such as Burgerbrug, Sint Maartensbrug and Schagerbrug. Large farmhouses stood on the Grote Sloot; traditional farmhouses with an attached front house, comparable to a few large manor houses in the later onesBeemster . Merchants from Amsterdam , regents from Alkmaar and wealthy people from Medemblik , Hoorn and Enkhuizen also built plantations and country estates, such as Wildrijk and Ananas.

The Noordhollandsch Kanaal was dug through the polder around 1824 . This canal formed the connection from Amsterdam to the North Sea and partly followed the lines of the polder. In the northern part, the canal cuts diagonally through the lots in the direction of Den Helder. Raft bridges connected both sides of the canal.