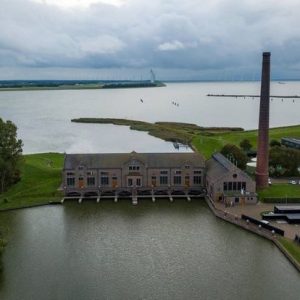 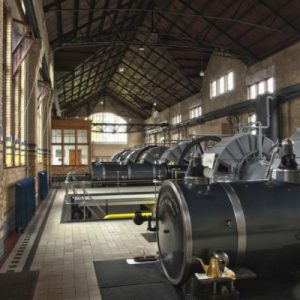 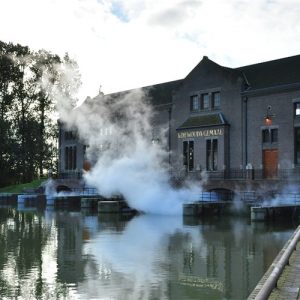 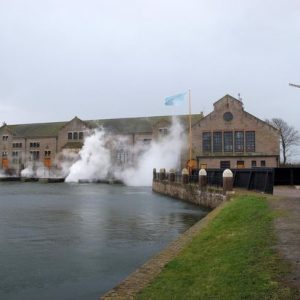 The Ir. DF Woudagemaal, opened by Queen Wilhelmina in 1920, is the largest functioning steam pumping station in the world. The Woudagemaal pumped the water from Friesland into the Zuiderzee and later the IJsselmeer . Until 1966, the water was pumped away in this way, after which the Woudagemaal was helped by the electric Hoogland pumping station in Stavoren . During the winters of the 19th and the first half of the 20th century, large parts of Friesland were under water. In 1913 it was therefore decided to build a steam pumping station near Lemmer, named after Dirk Frederik Wouda, chief engineer of the Provincial Water Management at the time and responsible for the style and construction of the building. To this day, the Woudagemaal plays a crucial role in Frisian water management.

Since 1998, the Woudagemaal has been one of ten UNESCO World Heritage Sites in the Netherlands. The steam pumping station owes this not only to its important contribution to Frisian water management, but also to the special architecture and the unique application of steam power by Dutch water management experts.

A flight over the Wouda pumpingstation