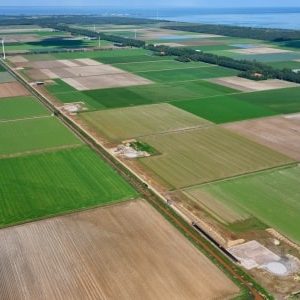 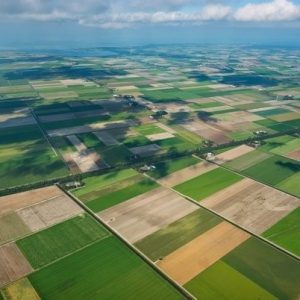 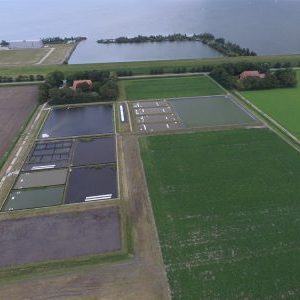 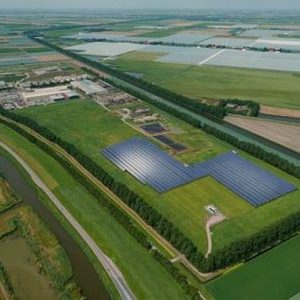 The Wieringermeer, drained in 1930, is the only real Zuiderzeepolder in the Netherlands. The reclamation was part of the Zuiderzee Works . At the outbreak of the First World War in 1914, it became apparent to the neutral Netherlands how important a national food supply was and thus the need for additional agricultural land. During the flood disaster in January 1916, large parts of North Holland were flooded. In June 1918 the Zuiderzee Act came into force in which it was decided to construct a dike, “running from the Noordhollandsche coast through the Amsteldiep to the island of Wieringen and from this island to the Frisian coast near Piaam”. In addition to the route for the Afsluitdijka stretch of sea was also designated that seemed suitable for reclamation: the contours of the Wieringermeer appeared between Wieringen, Kolhorn and the West Frisian Zeedijk. On August 21, 1930, the Wieringermeerpolder fell dry. The Afsluitdijk was completed in May 1932 . The government wanted a repetition of the misery in the Haarlemmermeer in the design of the polderavoid. That polder was drained in the middle of the nineteenth century and then left to its own devices, resulting in chaos, anarchy, disease and deep poverty. The Provisional Board of Wieringermeer was given the task of ensuring that everything runs smoothly. She took care of the allocation of cultivated and building land, afforestation and planting, housing, the laying of the water pipes, electricity, education and medical and religious care. Nowadays this is a very normal state of affairs in the Netherlands, but at the beginning of the twentieth century this far-reaching state involvement was completely new. During the Second World War, the construction of the polder continued with new issues of lease farms, but this came to an abrupt end on April 17, 1945 when the German occupier detonated ammunition in two places in the IJsselmeerdijk and the water flowed into the polder with great force. . More than 7,000 residents and people in hiding had to flee and the newly reclaimed land disappeared under water. After the liberation in May 1945, they worked hard to get the polder dry again, which happened in December. It took well into the 1950s for all farms, homes, schools, shops, offices, roads and bridges to be rebuilt.