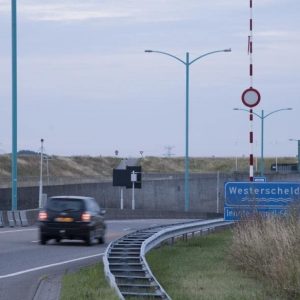 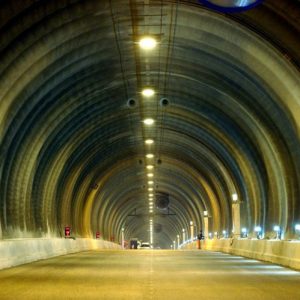 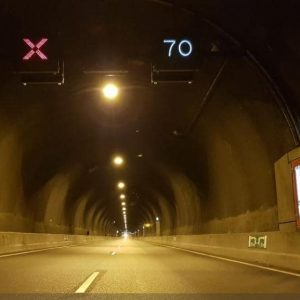 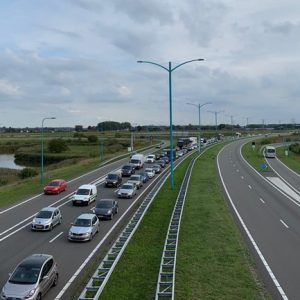 Since 2003, the Westerscheldetunnel has been located between Ellewoutsdijk and Terneuzen in the province of Zeeland. This tunnel is 6.6 kilometers long and a unique project from a technical point of view. Most tunnels in Europe are built of hard, rocky matter. That seems more difficult than the soft Western Scheldt bottom , but appearances can be deceiving. It was the first time in Western Europe’s history that such a long and deep tunnel had been drilled through sand and clay. The deepest point of the tunnel is 60 meters below sea level. A drilled tunnel has many advantages compared to a bridge or an immersed tunnel; ships can pass unhindered, the anchors of the tunnel cannot loosen and construction is also cheaper.

The Western Scheldt Tunnel, just like the Zeeland Bridge , is not part of the Delta Works . The tunnel can, however, be regarded as an indirect consequence of it. It was not possible to close off the Western Scheldt because the accessibility of the Antwerp port would be compromised. But because of this, the connection between Zeeuws-Vlaanderen and Walcheren or Zuid-Beveland was not particularly good. In addition to protection, the Delta Works had also provided a connection. Better connections meant an impulse for tourism and the economy, and that impulse was lacking in the areas around the Western Scheldt until 2003 . Until then, they had to make do with two ferry services, one between Vlissingenand Breskens and one between Kruiningen and Perkpolder. In bad weather, however, these springs were quickly out of service and to get from Middelburg to Oostburg, one had to wait or make a detour via Noord-Brabant.

Take a look in the Westerscheldetunnel