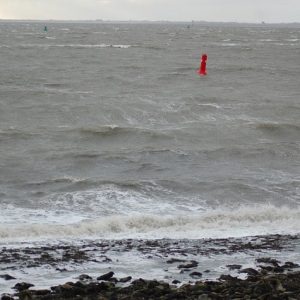 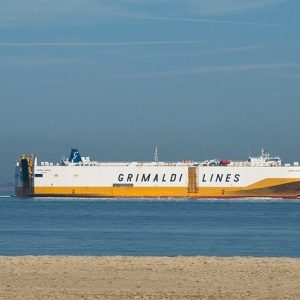 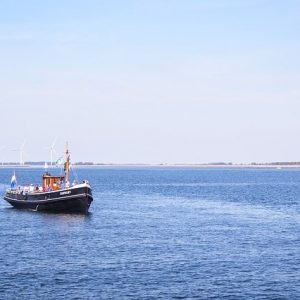 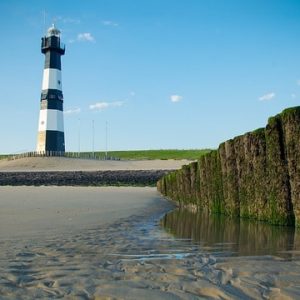 Estuary the Westerschelde or the Honte is located in the province of Zeeland between Walcheren and Zuid-Beveland on the north side and Zeeuws-Vlaanderen on the south side. Unlike the Oosterschelde , the Grevelingen and the Haringvliet , the Western Scheldt is not closed off as part of the Delta Works . The reason for this was to keep the port of Antwerp accessible. The Western Scheldt is the mouth of the Scheldt. The part from the Belgian-Dutch border to the North Sea is called the Western Scheldt and the part from the Belgian-Dutch border via Antwerp to Ghent is called the Zeeschelde. The Western Scheldt is a relatively young estuary; the original Scheldeloop and estuary was theOosterschelde . In theearly Middle Ages,on the side of the North Sea, there was only a smaller estuary or inlet, which is listed as Sincfal in historical sources. Further east, near the current Perkpolder, was a peat river called the Honte, which flowed eastward to the Scheldt. In the early 12th century, and possibly as early as the 9th century, storm surges provided a connection between this sea arm and peat river and the Western Scheldt was created as a sea arm between the Scheldt and the North Sea . In the centuries that followed, this sea arm has widened and caused numerous floods. 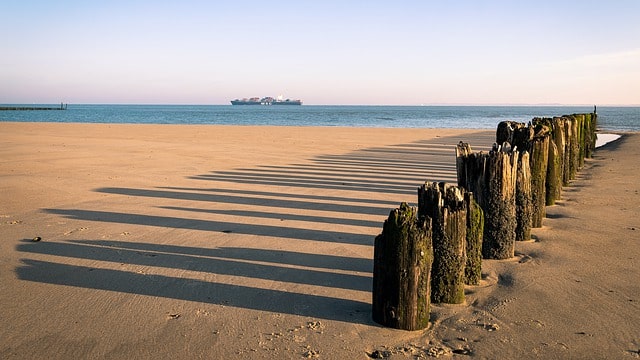 After the fall of Antwerp in 1585, shipping traffic to and from Antwerp was blocked by the Northern Netherlands. This blockade lasted until 1792. In 1809 a British invasion took place in Zeeland, the so-called Walcheren Expedition. The purpose of the British expedition was to capture the French squadron in Vlissingen. In addition, the British were planning to take Antwerp. Since the Belgian Revolt of 1830, access to the port of Antwerp has once again been via foreign territory from a Belgian perspective. In the Treaty of London of 1839, in which the Netherlands recognized Belgian independence, it was therefore laid down in Article IX that the Netherlands should guarantee free passage between the North Sea and the port of Antwerp across the Western Scheldt. In October and November 1944, at the end of the Second World War, the Western Scheldt was the scene of heavy fighting. The city of Antwerp was liberated by British troops in September 1944 and fell into the hands of the Allies almost undamaged. However, the Western Scheldt and with it access to the harbor were still in the hands of German troops. After the battle, the first allied shipping convoy arrived in Antwerp on 28 November 1944.

Drone image from 2016 of ships sailing on the Western Scheldt.