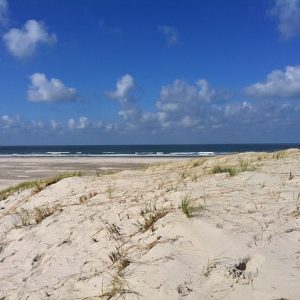 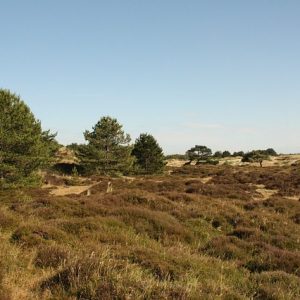 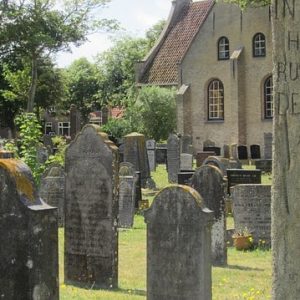 In 1230 Willem the Second donated ‘Insula Fle’ to a monastery Ludinga from Achlum. The monastery had boat connections to the east of the island via the Flevostroom (the Vlie, hence the name of the later Vlieland). However, the monks were more interested in the west side of the island, because that is where the cultivated peat area of the Moerwaard was located. That is why the monks decided to dig the Monnikensloot canal with their own hands, which ran from the Flevostroom to the Moerwaard. This canal was partly the cause of an enormous flooding of the Moerwaard when a storm raged over the area in 1296, which brought Harlingen to the sea. Two islands were created that were officially considered separate in 1314: Vlieland and Eierland. Vlieland used to be a lot more to the north than it is today. In the 17th century, the currents of the sea changed and the balance was disrupted. Within 20 years, the dunes in the west had been swept away by the sea and West Vlieland came dangerously close to the coast. Most residents felt the danger coming and the village emptied. Ultimately, the entire western settlement was swallowed up by the sea. 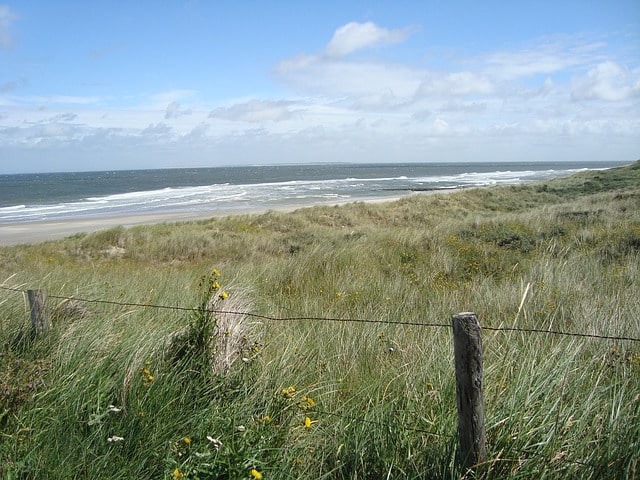 The economic center of gravity in terms of trade was initially in West Vlieland. A lot of agriculture and fishing took place here because of the cultivated peat areas. Later, due to the creation of the Eierlandse Gat, the focus was more on merchant shipping and whaling. In the meantime, Oost-Vlieland was situated on the Vlie and more and more trade benefits were discovered from this location. East Vlieland was sheltered, so that trading sailing ships had a safe harbor here to wait for a favorable wind direction. In the 17th century, Oost-Vlieland was at the peak of its trade boom. For the Netherlands, Vlieland was an important gateway for the Hanseatic trade (trade alliance between ports on the Baltic Sea) on the Baltic Sea countries and later for the routes to colonial areas in Asia and America. At that time, West Vlieland disappeared into the sea.Terschellingand East Vlieland only got sandbanks in return. This meant the end of the importance of the Vlie for the shipping of Vlieland. In the eternal battle against the sea, the Waddendijk was constructed near Vlieland in 1825. However, this dike was too low and the water washed over it into Oost-Vlieland. Yet new dams were not built until the end of the 19th century. The construction of these dams of 200-300 meters in length was an enormous task as brushwood, poles, rubble and basalt stone had to be transported by sailing ships to the harbor and from there by horse and carriage across the mudflats and through the dunes to the beach. Building was done by hand at low tide. Thus began the battle against the strong ebb current to prevent beach erosion.However, Rijkswaterstaat opposed this, because people were needed for the work on the island. In order to maintain Vlieland, Rijkswaterstaat then decided to take on part of the budget deficit of the municipality of Vlieland. 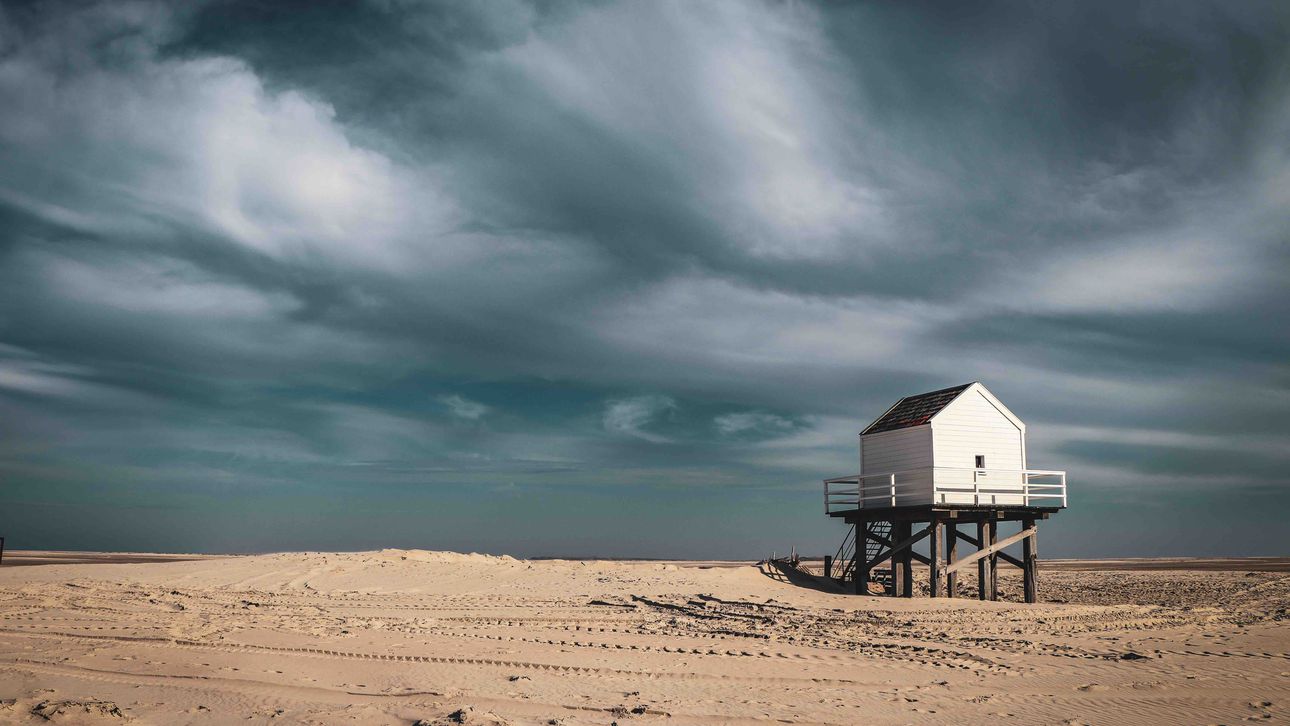