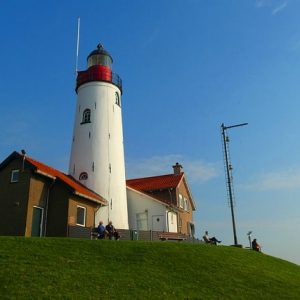 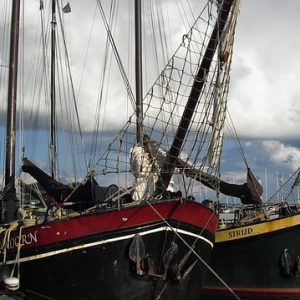 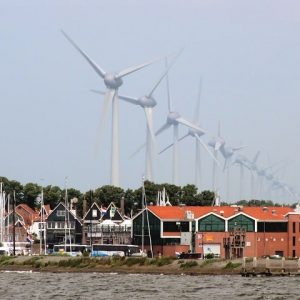 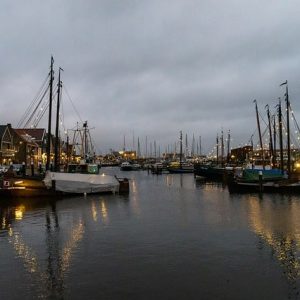 It is not known when Urk was first inhabited. A stag horn ax from about 10,000 BC was once found in the area. However, the first convincing evidence of habitation dates back to the early 10th century. The name Urk was first used in 966, in the deed of donation of Emperor Otto I to the Monastery of Saint Pantaleon in Cologne. Urk was owned by this monastery in the 10th century. Urk came into the hands of the counts of Holland in the 13th century and later into the possession of the mayor of Enkhuizen . From 1476, the artisan lordship Urk was owned by the Utrecht family Zoudenbalch, after which the Flemish family Van de Werve took over the island in 1614. In 1660 the village was bought by the city of Amsterdam together with the island of Stokland. Several Amsterdam regents ruled Urk and thus improved the trading position of Amsterdam . Urk was the central point in the Zuiderzee, along which all shipping routes passed. 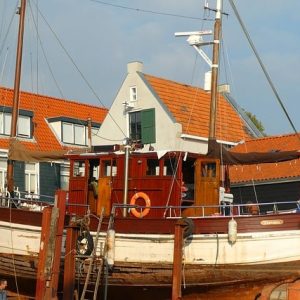 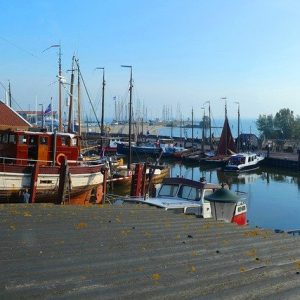 Initially, agriculture was central to Urk, but the fields were regularly swept away by the sea, so that people started to focus more on livestock farming. A well-known product from the region was Urk butter, which was traded through the markets from Elburg and Kampen to Cologne. The fishing industry grew in the 16th century and more and more boats moved from the Zuiderzee to the North Sea where haddock, plaice and sole were caught. Amsterdam was an important market for the fishermen from Urk. In 1792, all the men on the island lived off fishing. The construction of the Afsluitdijk in 1932 meant the end of the salty Zuiderzee. The fact that the Urk fishery did not collapse after this has been called the ‘Miracle of Urk’. More and more fishing was done on theNorth Sea , which allowed the fish auction to continue to grow. In 1939 the days for Urk as an island were also numbered. Before the construction of the Noordoostpolder, Urk was connected to the Netherlands, but a road to the former island was only built in 1948. However, the inhabitants still say that they live in Urk, instead of Urk. The fact that Urk has been isolated for centuries leaves its traces. Urkers are proud of their origins and form a close-knit community. Urkers almost exclusively married among themselves, which means that they share many hereditary characteristics and the risk of hereditary disorders is greater. For example, the rare Buchem disease is typically Urks. The village is one of the most ecclesiastical municipalities in the Netherlands, the residents speak in the local dialect and Urk has its own national anthem. An Urk tradition is that men wear a gold earring, often in the shape of an anchor. It is said that these jewelry used to serve as funeral insurance. When a skipper got stranded, the proceeds from the earring could pay for his funeral. 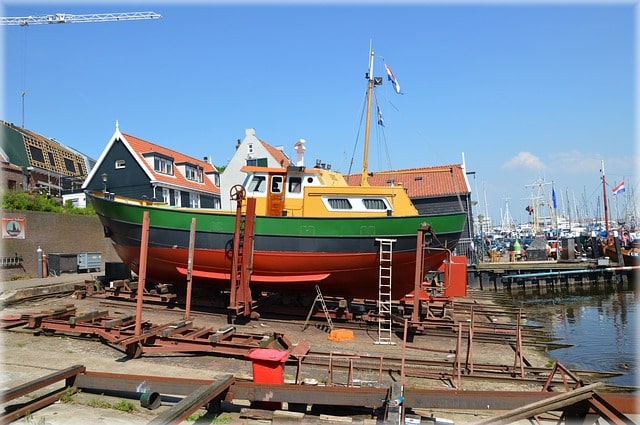