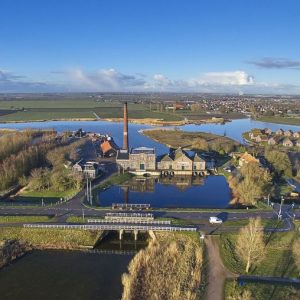 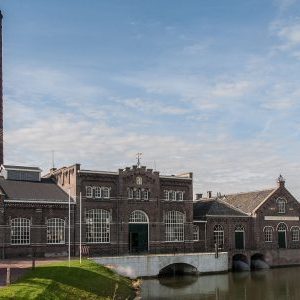 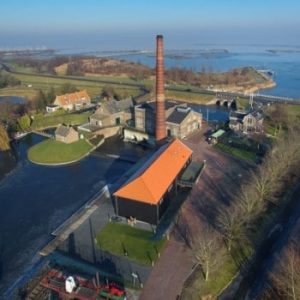 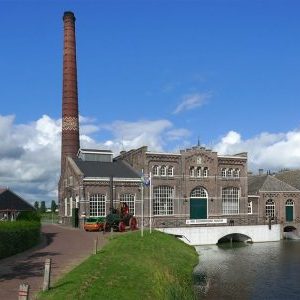 The Vier Noorder Koggen steam pumping station is located on the IJsselmeer near Medemblik . The water board of the polder De Vier Noorder Koggen had this pumping station built in 1869 to support the polder mills. Due to the subsidence of the soil, fifteen polder mills were needed here, which gradually flowed the water into the former Zuiderzee in windmill tunnels, and a further ten mills stood near Aartswoud. In windless periods the polder was flooded. The steam-powered drainage went so well that the pumping station was expanded in 1907, making all 25 mills superfluous.