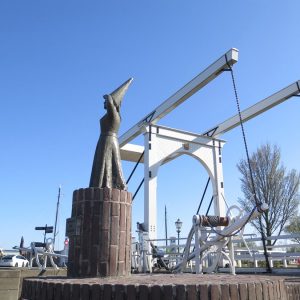 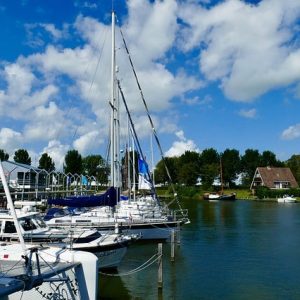 The old Stavoren originated at a junction of water and country roads. It lay along a small river that flowed into the Vlie. Stavoren was probably founded in the early Middle Ages. At this place in the year 837 a monastery was founded by the monk Odulfus, the later Saint Odulphus monastery. This monastery became an important headquarters for the spread of the Christian faith in the 9th and 10th centuries. The town of Stavoren (as a port) and the Sint-Odulphus monastery (as a religious center) then experienced a joint flowering period, which came to an end when in the year 991 the marauding Vikings invaded. In the following years, Stavoren recovered. In 1061 Stavoren was the first place in Friesland to receive official city rights. The city grew into a thriving port city in the following centuries, trading extensively with the leading port cities on the North Sea and the Baltic Sea. Under the law at the time, skippers who came from Stavoren had priority over other skippers from other areas around the North Sea at the toll at the Sound (the passage to the Baltic Sea) . Stavoren had received this privilege from the king of Denmark, who had control of the toll at the Sound during this period. Stavoren’s nickname ‘the capital of the Frisian coasts’ also refers to that period of glory. At that time it was undoubtedly the most important place in Friesland, but the rest of the low countries was also largely dependent on the trade that ran via Stavoren. 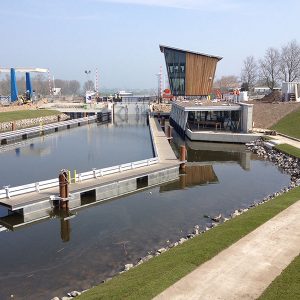 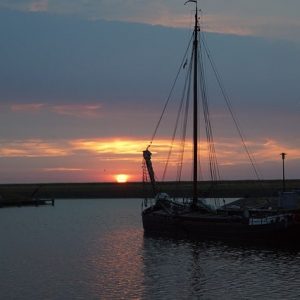 In 1345 the town of Stavoren played a leading role in the ‘Battle of Warns’, a famous battle in Frisian history. Friesland was attacked by an army from Holland and the Frisians defeated the Dutch in a crushing way. This battle took place near Stavoren and over the years several prominent historians have argued that historically the name ‘Battle of Stavoren’ should actually be a better name than the ‘Battle of Warns’. Geographically speaking, the Stavoren described above is located just at a different location from the 21st-century town of Stavoren, usually called ‘Oud-Stavoren’. In the Middle Ages, large storm surges often caused flooding in Stavoren. Over the centuries, both the city and the monastery have had to move several times to another location, more inland. The location where the old city used to be, eventually fell prey to the sea. The former city thus came to the bottom of the Zuiderzee, later the IJsselmeer, to lay down. Obviously, these circumstances have made archaeological research into Oud-Stavoren difficult. Historians do agree that Oud-Stavoren must be located somewhere near Stavoren on the IJsselmeer bottom, but the exact location has never been found. The once thriving city of Stavoren in 2020 is only a town with approximately 950 inhabitants. Economically, the town has mainly focused on tourists who love water sports. It has become a popular place for pleasure boats on both the Frisian Lakes and the IJsselmeerwant to sail. Stavoren was the capital of the eponymous municipality until 1984. Subsequently it became part of the merged municipality of Nijefurd. This municipality then merged in 2011 with a number of other municipalities to form the new municipality of Súdwest-Fryslân, one of the largest municipalities in the Netherlands in terms of surface area. 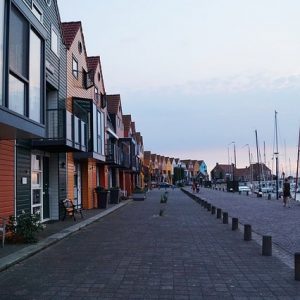