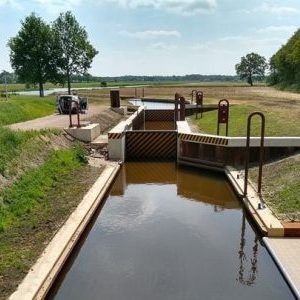 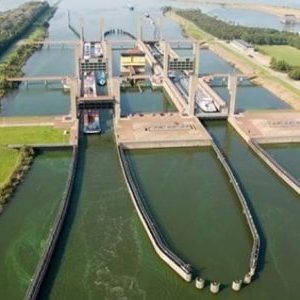 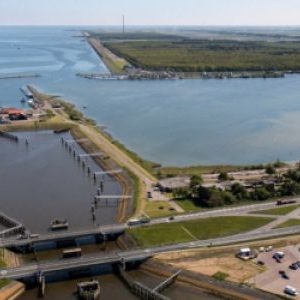 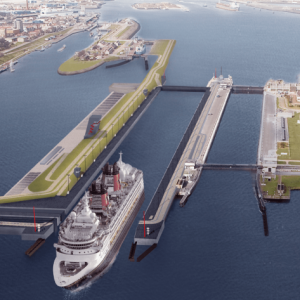 The first form of dam, in the form of a dam, was built early by man in rivers in order to raise the water level. This allowed larger ships to be deployed, even though they could not bridge the weirs. A river had several weirs, so this was not very practical. The solution was a flash lock, which mainly worked downstream. A ship was placed in front of the dam and a small door was opened, through which the ship flowed with the torrent of water. Upstream, the ship had to be hoisted against the current with ropes. As soon as the ship had bridged the weir, the door was closed again. This method was not without danger; several ships were inundated and sank due to the large amount of water that they got over them. The invention of the lock provided a controlled environment for piloting a ship safely from one level to another.

The first lock came to Europe from China in 1373. It is said to have been built in Vreeswijk, where a canal from Utrecht joined the river Lek . The wooden lock consisted of a bowl with a lifting door on either side. The lock no longer exists, the ‘Oude Sluis’ is now located on this spot. The next improvement probably came from Leonardo da Vinci, who designed a lock with pointed gates; a lock with lock gates that are slightly too large and close at an angle to each other. The point is always in the direction of the higher part so that the extra water pressure pushes the doors together. In 1500 the San Marco lock was built according to this system. After that, the most ambitious projects always came from France. The Canal de Briare was completed in 1642, complete with a six-part lock, bridging a height difference of some 20 meters at a short distance. The Canal du Midi from 1681, with three canal bridges and a tunnel of 165 meters, descended more than 60 meters on a stretch of about 50 kilometers. Afterwards, locks became bigger and more automated. Currently, the largest lock is located in Antwerp in Belgium. This lock is 500 meters long, 68 meters wide and has a depth of 17 meters. The lock gates are large sliding doors. 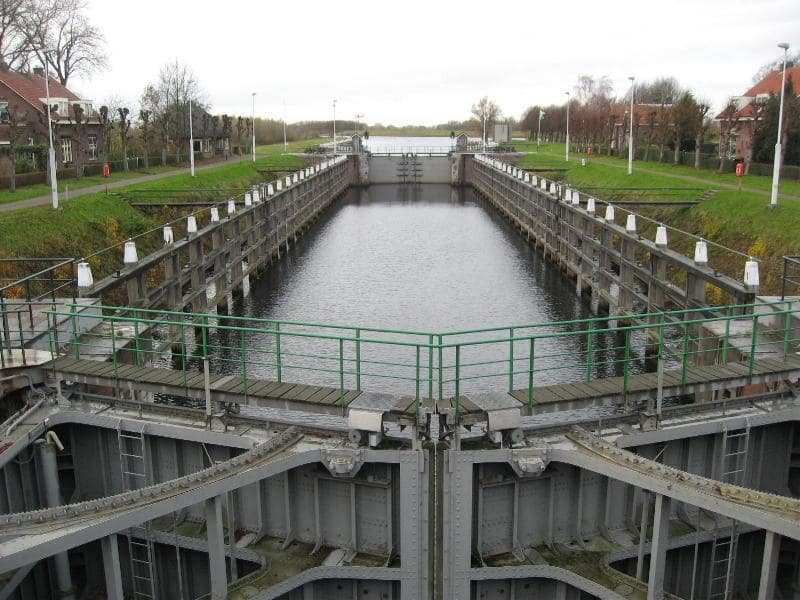