There are several locks around the Delta Works in Zeeland. We will discuss the two largest complexes, the Kreekrak and the Volkerak locks. 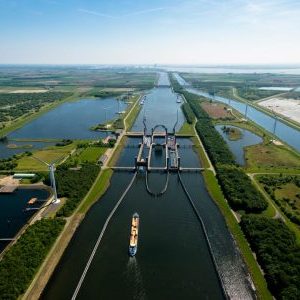 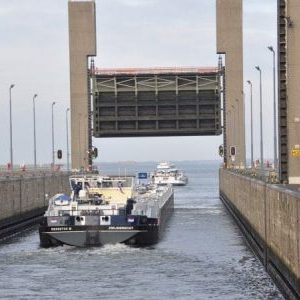 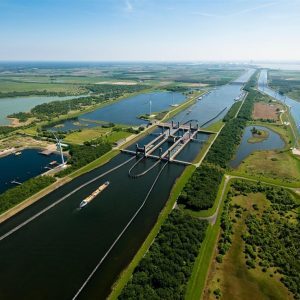 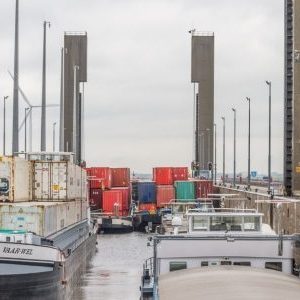 On 23 September 1975, the Kreekrak locks in the Scheldt-Rhine Canal in the municipality of Reimerswaal in the province of Zeeland were officially opened. Every day, inland vessels pass the Kreekraksluizen on their way between the ports of Antwerp and Rotterdam . The locks form the connection between the Zoommeer and the southern branch of the Scheldt-Rhine Canal . The Scheldt-Rhine Canal intersects south of the Kreekrak locks South Beveland. The complex consists of two equally sized locks for shipping, each 320 meters long and 24 meters wide. The locks were constructed as a fresh-salt separation system. In principle, the fresh water of the Zoommeer cannot mix with the salt water of the canal. Because salt water has a higher density than fresh water, when ships are en route to Rotterdam , the salt water is pumped away at the bottom of the locks while fresh water is added above. The opposite happens for ships en route from Zoommeer to Belgium. 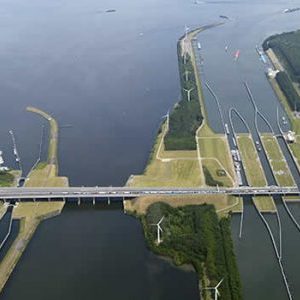 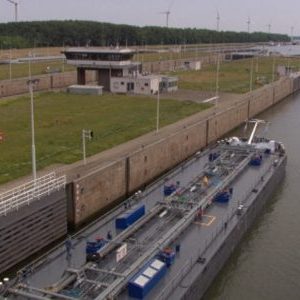 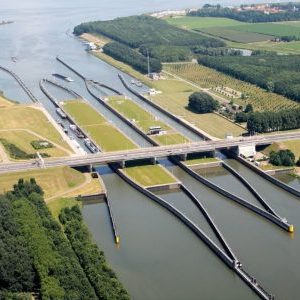 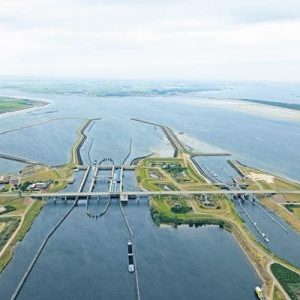 The Volkerak locks, a complex of three lock locks next to each other for commercial shipping, four discharge locks and a yacht lock, are located in the Volkerakdam between the Hollands Diep and the Volkerak near Willemstad. The waterway is an important link in the Scheldt-Rhine connection . The locks, built as part of the Delta Plan , are the largest inland navigation locks in Europe and the largest inland navigation locks in the world in terms of passing tonnage.

A secondary dam had to be constructed in the Volkerak in order to close off the Oosterschelde and the Haringvliet . However, the closure of the Volkerak, planned in 1969, would also block the only inland waterway route between Antwerp and Germany on the one hand, and Rotterdam and France on the other , and this was considered unacceptable. From the end of the 1940s, relations between the Netherlands and Belgium had improved and one of the Belgian wishes was the Scheldt-Rhine connection. In 1963, this connection was promised by the Netherlands to Belgium via the shortest route. It was decided to build a lock complex in the dam to be constructed. The first two inland locks were put into use in 1967, but it soon became apparent that the capacity was absolutely insufficient, which caused long waiting times. In 1977 the complex was expanded with an extra lock for inland shipping and a separate recreational lock for yachts, and an inlet lock was also built. Because the systems were outdated, they were replaced in the period 2008-2010 on behalf of Rijkswaterstaat .