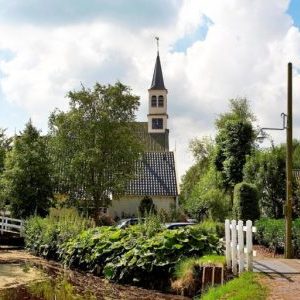 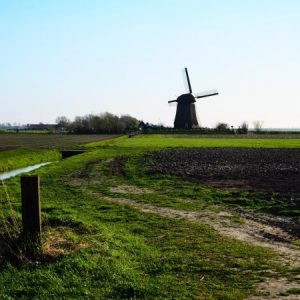 Between 1633 and 1635, the Schermer or the Scher lake was drained by 52 mills. De Schermer has an area of 64.87 km² and is surrounded by reclaimed land such as De Heerhugowaard, De Mijzerpolder, De Starnmeer and De Beemster. The main source of income is still farming, livestock farming (milk processing) and arable farming. With the exception of the Matten and the Blockkers, former islands, the Schermer has a strict subdivision along two important canals / roads, the Noordervaart and the Zuidervaart. The Noordervaart in particular became of importance because of the direct connection with Alkmaar, from which the steam tram that maintained the east-west connection benefited for years. The first settlements arose along these canals, with Stompetoren in the middle of the Noordervaart, and the village of Zuidschermer on the Zuidervaart. After the reclamation, a village center was developed at the intersection of the Noordervaart and the Oterlekerweg. A school was built and the church was established in 1663. To this church, by architect Pieter Post, 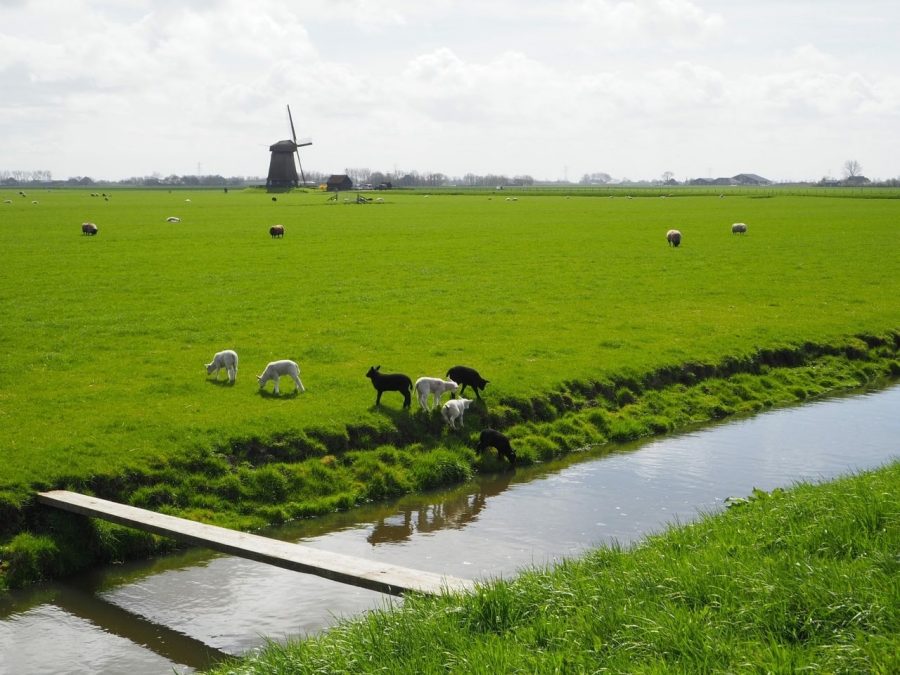 A flight over the Schermer polder