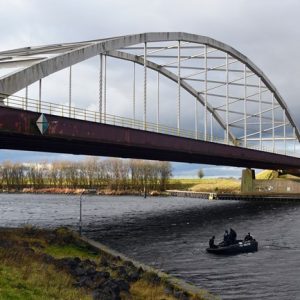 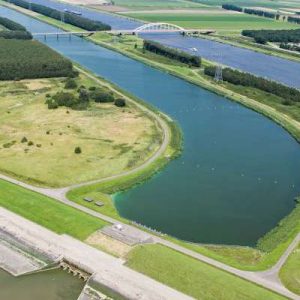 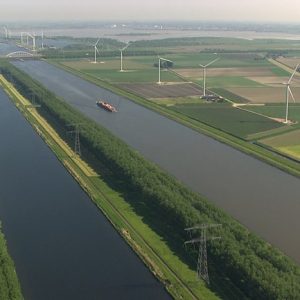 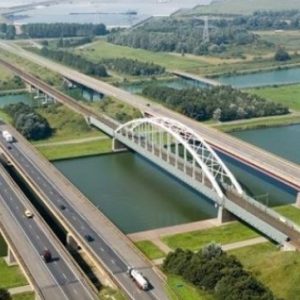 In 1920 the Belgian government demanded that the South Beveland Canal be replaced in order to make Antwerp more accessible for the Rhine trade. Germany also benefited from this, because the Dutch ports were able to charge high transhipment rates thanks to their monopoly. Belgium and the Netherlands negotiated a canal from Antwerp to Moerdijk, but the ‘Van Karnebeektraktaat’ was rejected by the Senate in 1927. At the end of 1930, new negotiations took place and the Netherlands agreed to a canal from Antwerp to Willemstad, the Eendracht Canal. Due to the Second World War, the implementation of the plans was postponed. The Van Cauwelaert-Steenberghe Commission recommended the construction of a canal to Moerdijk again. In the meantime, however, the Netherlands wanted the canal to be part of the Delta Worksand would therefore be more to the west. Belgium insisted on a quick solution and therefore agreed with the current course. On May 13, 1963, the canal construction treaty was signed and opened ten years later. In the final phase in the 1980s, the Oesterdam and the Markiezaatskade were built and the Volkerak was dammed so that the canal was no longer subject to the tides.

There are now plans to build special sluices in the Volkerakdam , the Philipsdam , the northern part of the Grevelingendam and in the Oesterdam . Then the fresh water of the Rhine , the Maas and the Scheldt can mix in a more natural way via the Scheldt-Rhine Canal with the salt water of the North Sea , in fact the Eastern Scheldt . This water system can also be used as a retention area for the Great Rivers, which can counteract the effect of climate change. Moreover, this would be a solution to the poor water quality of these waters. What will happen to the Markiezaatskade is not yet known. This may be cleaned up, after which the Markiezaatsmeer will also become brackish. Another possibility is that the quay is maintained and the Markiezaatsmeer becomes a sweet retention area for the surrounding agricultural polders.