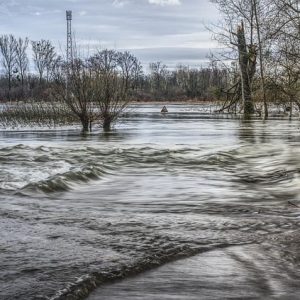 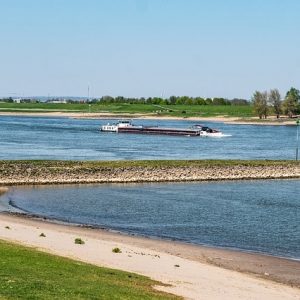 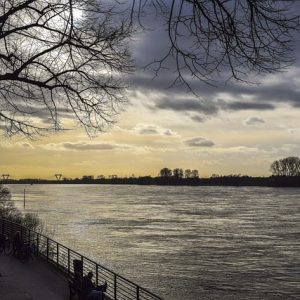 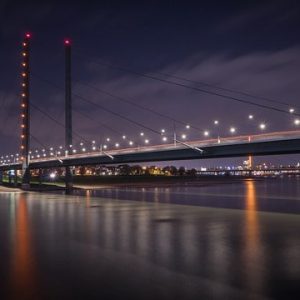 With a length of 1,324 km, the Rhine is one of the longest rivers in Europe. The source of the Rhine is in the Tomasee near the Swiss Oberalp Pass. From this mountain lake, located 2,345 meters above sea level, the Vorderrhein flows as a small brook in an easterly direction and has grown into a strong flowing watercourse at the Rheinschlucht. At Reichenau, the Hinterrhein joins the river. After the city of Chur, the Rhine curves widely towards Lake Constance and from there flows west to Basel and then through the border area between France and Germany. After Karlsruhe, the Rhine flows past Mannheim, Wiesbaden, Koblenz, Bonn and Cologne. The river enters the Netherlands after Emmerich at Lobith and splits after the Pannerdensche Kop. About two thirds of the water flows through the Waal, Boven-, Beneden- and Nieuwe Merwede to the North Sea . The remaining part is transported via the Pannerdensch Canal, after which branches follow to the Nederrijn, Lek and Gelderse IJssel . The Rhine is an important river for the Netherlands because it connects the ports of Rotterdam , Antwerp and Amsterdam with the German hinterland. The Rhine also provides fresh river water that the Netherlands uses to make drinking water. The Rhine is one of the most important freshwater supply routes for the IJsselmeer . In addition, the Rhine provides many recreational opportunities. 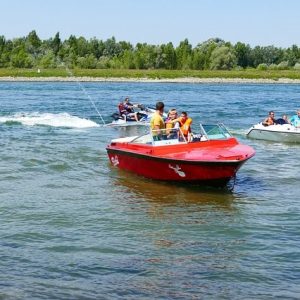 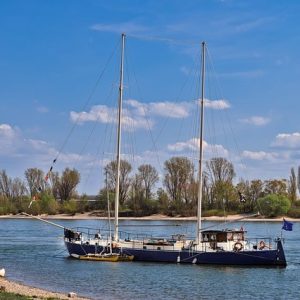 High water in the river Rhine. Spherical drone images of the Lexkerveer, in Wageningen