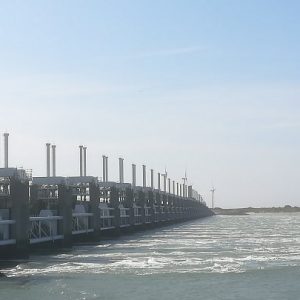 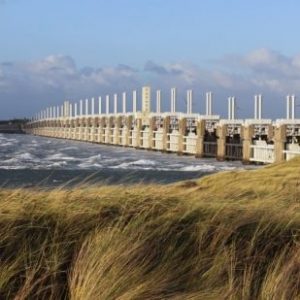 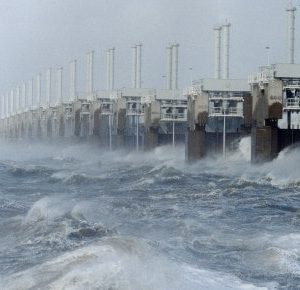 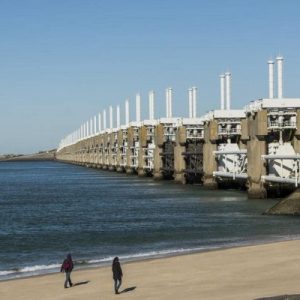 The storm surge barrier of the Oosterschelde , officially opened by Queen Beatrix on 4 October 1986, is the most impressive water-retaining structure in the Netherlands. The risk of flooding was reduced to once every 4,000 years by this barrier. Moreover, the storm surge barrier would not need to be replaced in the next two hundred years.

The landscape around the Oosterschelde is unique in the world. The variety of life is great: there are more than 70 fish species, 140 types of aquatic plants and algae, 350 types of benthic animals and between 500 and 600 animal species on land. The Oosterschelde is also an important area for birds looking for food, breeding or looking for a place to hibernate . If the Oosterschelde was closed, this unique saltwater environment would disappear together with mussel and oyster cultivation, which would also have economic consequences. Fishing was the main source of income for traditional fishing towns such as Yerseke and Bruinisse. Oyster farming has been involved in the Oosterschelde since 1870 . 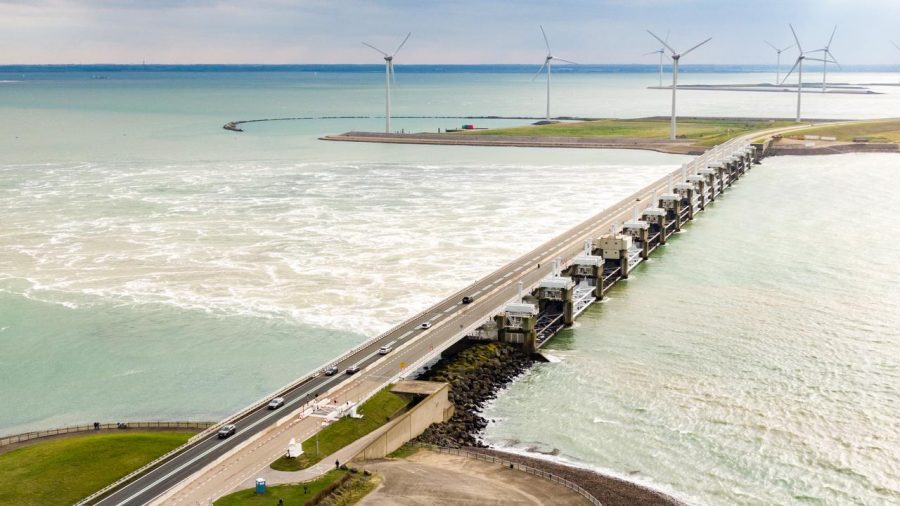 A flight over the Oosterscheldekering