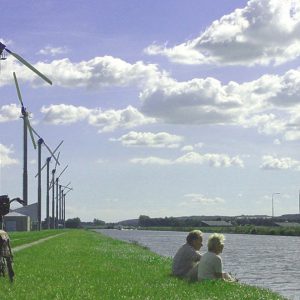 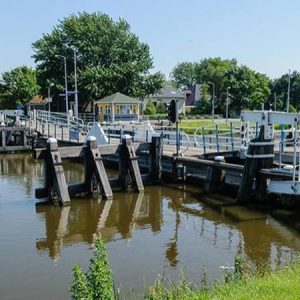 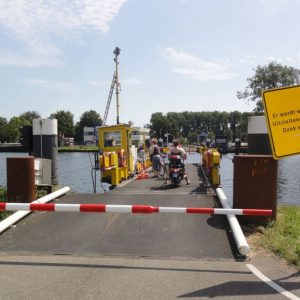 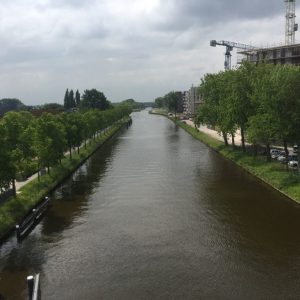 In the 17th century the navigability of the Zuiderzee for ocean shipping to Amsterdam declined. In particular, the shallows at Pampus, which blocked the passage to the IJ for large ships, caused a lot of delay. When the transfer of goods to smaller ships became too time-consuming and expensive, the use of ship camels, a system of floats attached to a ship, was started to temporarily reduce its draft. In addition, Amsterdam also struggled with silting up of the port. People did not dare dig a direct connection to the North Sea yet. This would go hand in hand with damming the IJ at the Zuiderzee, but it was not yet technically possible to build a large lock complex. After the fall of Napoleon, the Dutch economy went badly. An important cause was the lack of good water and road connections. King William I wanted to improve this quickly and during his term of office, from 1814 to 1840, many traffic connections were constructed, of which the Noordhollandsch canal was the most important. In 1818, the king commissioned hydraulic engineer Jan Blanken Janz to work out a plan. His proposal was a canal that would only be suitable for inland vessels. Amsterdam was strongly against this because in that case sea-going vessels could take Den Helder as their final destination, which would cause Amsterdam to miss out on important income. In 1819 became the king and Amsterdamagreed on the construction of a wider and deeper canal that was suitable for sea-going vessels, the Noordhollandsch canal. In fact, this channel was created by connecting a number of atrial waters. For example, the canal runs along the ring canals of the Beemster and the Schermer and to the north of Alkmaar along the old river de Rzeker. The existing waters had to be widened and deepened. In addition to the modifications to existing waters, the Koegraszeedijk was also constructed. This is located from Den Helder to the Zijpe and Hazepolder and east of the canal. The excavated soil was used for the construction of a dike that also created a large polder, the Koegras, arose. The soil consisted mainly of sandy soil and not of fertile clay, and was therefore mainly suitable for grazing. The land connection between Den Helder and the rest of the Netherlands was also improved. 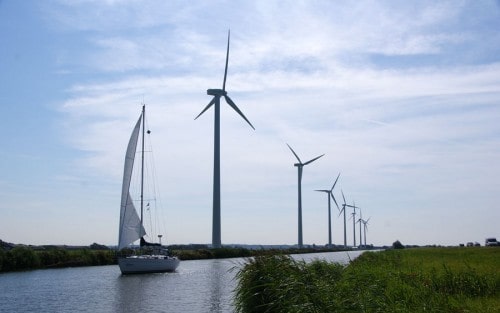 In the summer of 1819, 9,000 poorly paid workers started the heavy excavation work on the Noordhollandsch canal. All work was carried out with shovels, wheelbarrows and horses. Many workers lived in self-made structures close to the workplace and it was especially tough in winter. There were frequent disturbances and the government stationed military units along the canal to maintain control. The canal had a length of 80 kilometers, was 40 meters wide at the surface and had a depth of 6 to 7 meters over a bottom width of almost 10 meters. At the time, it was the widest and deepest channel in the world. Construction took about five years.

The raft bridges are a special feature of the Noordhollandsch canal. These are movable bridges, which open by moving horizontally (without turning). At the time of the construction of the canal, it was not yet possible to build bridges with a large span. The width of the channel was 37 meters, enough to allow two naval ships of the line to pass. A ferry would cause too much delay for the residents. Nine raft bridges were built around 1824. The rafts were originally made of wood and were later replaced by metal floats. There are still five raft bridges to the north of Alkmaar.