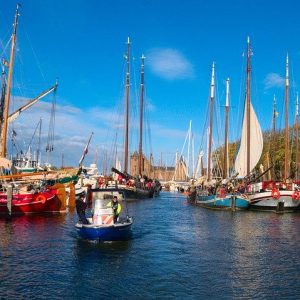 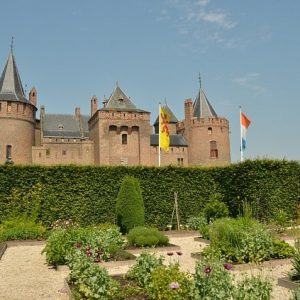 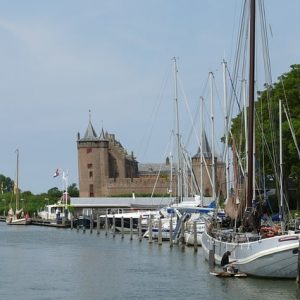 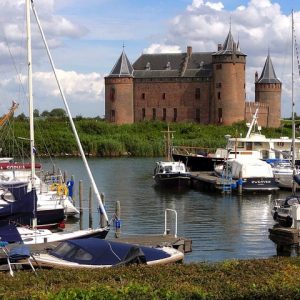 The name Amuthon first appeared in 953, in a deed of gift from Emperor Otto III. Villa Amuda, the Roman name, became corrupted over time from Amuthon, Mude, Muyen, Muyden to Muiden. In 777 there was already a church here and the fishing grounds around it were in the possession of the Utrecht church of St. Maarten. From the beginning of our era, living and living on the banks of the Vecht was quite possible. Tribes settled here that engaged in fishing and possibly also hunting on higher grounds. Life in the delta and later at the mouth of the Vecht offered many opportunities. In times of extremely high water levels, the moraines of Muiderberg and Het Gooi offered safe shelter. The main livelihood was fishing. However, this changed after the arrival of the Romans. The Roman general Drusus improved the navigability of the Vecht and used Muiden as a base against the Frisians. The Frisians became indebted to the Romans, which created a kind of trade with the Roman hinterland via Muiden. The Frisians held hegemony in this trade for centuries, not only as merchants, but also with their shipbuilding knowledge. After the Romans left these regions, Muiden probably remained a fortified refuge for the Frisians, because the trade route via the Vecht was maintained. This situation remained so until the bishops of Utrecht took over in these areas through donations, including from Charlemagne. Muiden occupied an important place in the north-south connection, certainly due to the rise of Dorestad, one of the most important and successful international trading places. The fact that the Normans also used this route was not always a blessing.