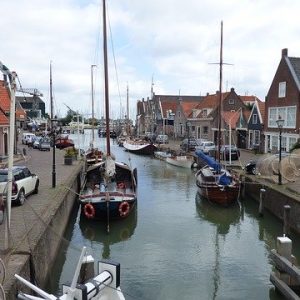 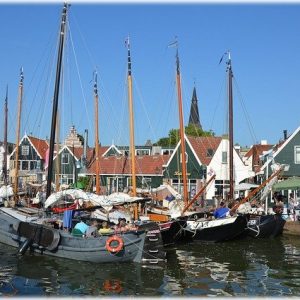 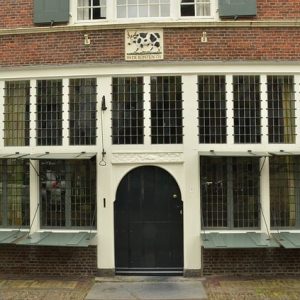 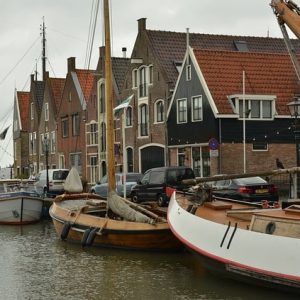 Monnickendam originated where a peat river flowed into ‘het Almere’, the sweet inland sea that was still here until the 12th century before it became the Zuiderzee. The name comes from the Frisian monks who settled in this area. Monnickendam was first mentioned in a written document in 1288 and was granted city rights in 1356, the starting signal for further growth. The city was expanded and walled. Of the church that was then built, now only the tower remains, which is called the Speeltoren. After 1575 a period of great prosperity began, of which numerous monumental buildings still remind us. Large sea-going vessels could call in at the port, allowing merchants to trade with the Baltic Sea area. Monnickendam, like Edam and Purmerend, belonged to the so-called voting cities of the province of Holland, which meant that the city in the 16th, 17th and 18th centuries exerted influence on regional (and indirectly at national) level. The 18th and 19th centuries were centuries of stagnation. Fish processing companies and shipbuilding remained important and in the 20th century water sports were added. Monnickendam has always been an independent municipality, until it became part of the municipality of Waterland in 1991.

In 1957 the island of Marken, which lay for centuries before Monnickendam, was connected to the mainland by a long dike. The island has been a tourist attraction for at least a century, with thousands of visitors every year from home and abroad.

Marken is a former island, now a peninsula, in the Markermeer, which has been connected to the mainland since 1957 by a dike. It belongs to the municipality of Waterland in the Dutch province of North Holland. The former fishing village has been a tourist attraction for at least a century.