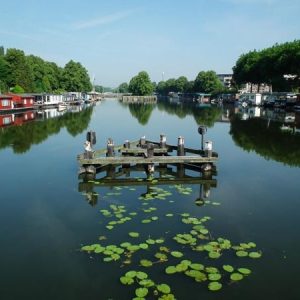 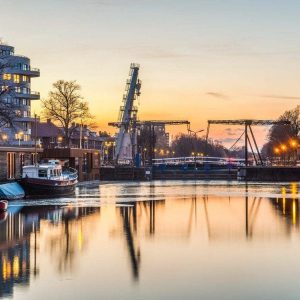 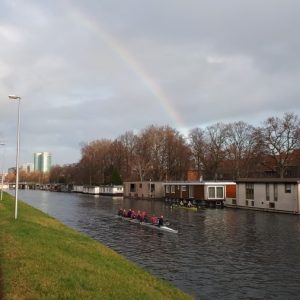 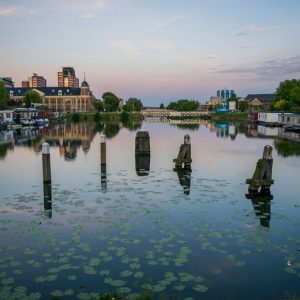 The Merwede Canal was realized between 1882 and 1891 as a connection for freight traffic between Amsterdam , Utrecht, the major rivers and further to Germany. Numerous works of art have been constructed along and in the Merwede Canal , including the Muntsluis (officially ‘Sluis Bewesten Utrecht’). The shipping route attracted activity on the quays; the Royal Dutch Mint established itself on the Leidsekade in 1907 and a year later the Stichtse Olie- en Lijnkoekenfabriek Cereol was erected across the street. Soon the canal could no longer cope with the growth of shipping. The new Amsterdam-Rhine Canal took over the function of the Rhine navigation in the middle of the last century. The Merwede Canal lost its significance and is no longer of importance to shipping.