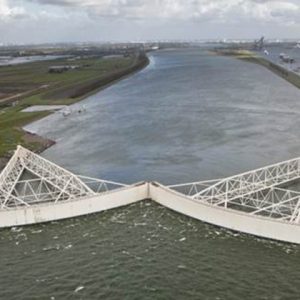 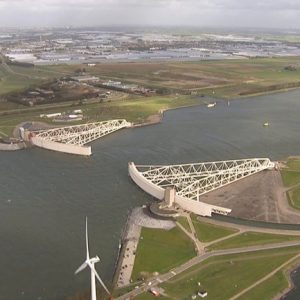 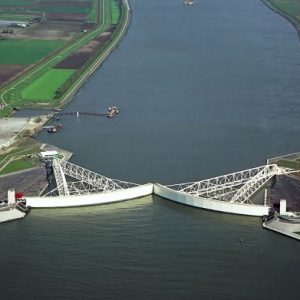 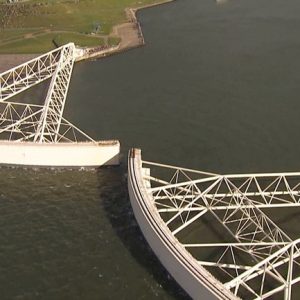 The Maeslantkering is located in the Nieuwe Waterweg near Hoek van Holland and was built between 1991 and 1997. The Maeslant Barrier has the largest movable parts of all flood defenses in the world. The Deltawerk can handle a tidal wave of 5 meters above sea level. The structure is fully automatically controlled and together with the Hartel barrier and the dike widening Rozenburg forms the Europoort barrier. The Maeslant barrier is a barrier in front, which means that it absorbs the first blows from the sea during high water. The storm surge barrier thus protects the inhabitants of South Holland.

The Maeslant barrier closed for the first time during a storm in 2007 and almost during storms in 2002, 2013 and 2014. The official closing level was then reached within a few centimeters. The barrier has two doors, 210 meters wide, 22 meters high and 15 meters deep. When closed, these fill up with water, causing them to sink to the bottom within two hours. The barrier works with ball joints with a diameter of 10 meters and a weight of 680 tons.

The Maeslant barrier normally closes at a water level of 3 meters above NAP at Rotterdam and 2.9 meters above NAP at Dordrecht. The closure – and also the decision on this – is fully automatic. Nevertheless, in case of expected high water, an operational team from Rijkswaterstaat is always present to monitor the automatic process and to intervene manually if necessary.

If no storm closure has taken place for seven years, the official closing level of the Europoort barrier will be temporarily lowered in order to be able to carry out a verification closure. This means that the barrier closes at 2.60 meters instead of 3.00 meters above NAP at Rotterdam and / or 2.30 meters instead of 2.90 meters above NAP at Dordrecht. With a verification closure, the operational team practices closing the barriers under storm conditions. This keeps knowledge and skills up to date and guarantees the safety of two million Dutch people. The last verification closure took place on January 3, 2018. On the same day , the Hartel barrier , the Oosterscheldekering , the Hollandsche IJsselkering and the Ramspolkering closed. 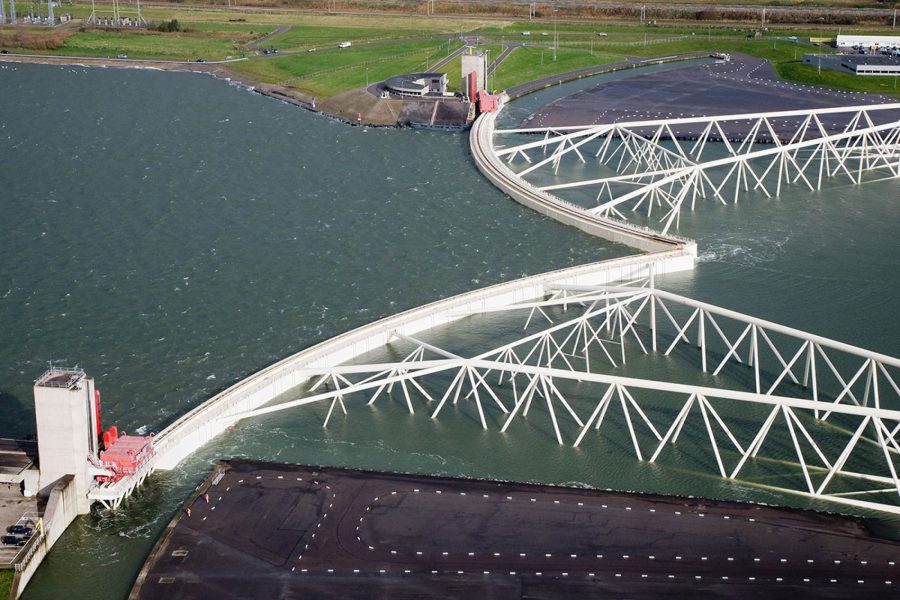 The Maeslantkering seen from above!