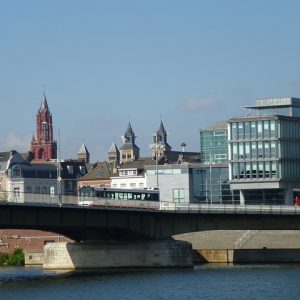 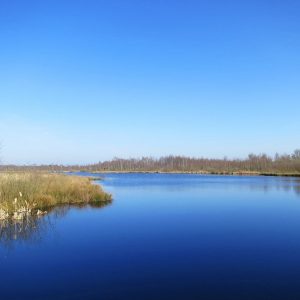 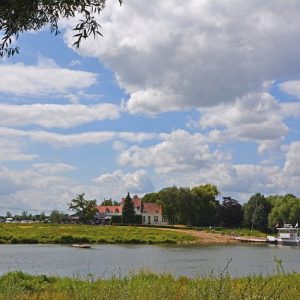 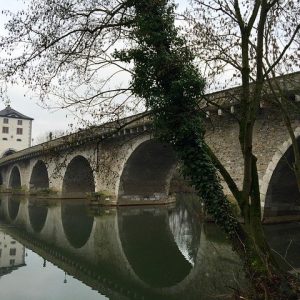 The river Maas, with a length of 925 kilometers, is one of the most important rivers in Europe. The Meuse has its source in France and flows through Belgium and the Netherlands and then into the North Seato flow out. The Meuse is fed with rainwater and, due to the absence of high mountains with glaciers nearby, it is not affected by meltwater from the mountains. The river has its source in a hilly area northwest of the Vosges in France, the Plateau (the plain) of Langres. This plain is about 400 meters high, 100 meters higher than the highest point in the Netherlands. Like a brook only a few meters wide, it flows from here to the north, towards Belgium. Because in France only small streams flow into the Meuse and the soil is very porous, the Meuse grows a little, but not very fast. In France, the river meanders through meadows, vineyards and forests. Important tributaries, such as the Ourthe and the Amblève, join the Meuse in the Ardennes. Near Liège, the Maas ends up in somewhat flatter terrain and because the soil there is very hard, no water disappears into the soil. The Maas enters the Netherlands at Eijsden in South Limburg and forms the natural border between the Netherlands and Belgium up to Stevensweert. In Den Bosch the water of the Dommel and Dieze still joins the Maas and at the Biesbosch the water of the Maas mixes with the water of theRhine . The Maas eventually flows into the seavia theport of Rotterdam and the Haringvliet .

The Maas is canalised for shipping in the Netherlands and Belgium. Many big bends have been made from the river. A disadvantage of this was that the water could flow away to the sea so easily. Weirs and locks were built to prevent this. The original curves can sometimes still be clearly seen from the shape of the current dikes. Due to the natural course of the Meuse, it used to overflow its banks almost every winter. In the winter months, when there was a large supply of water, it was difficult to drain the water through the many bends in the Maas. Almost every winter the river flowed over the dike into the adjacent land. In some cases that dike was even deliberately lowered to prevent major disasters. There were no houses in the polders behind these dikes, so this did not pose any immediate danger. The canalization for shipping allowed the water to flow away better and the number of floods reduced considerably. Due to the canalisation, however, the Maas had become much shorter, while the same amount of water had to be discharged. This caused the water level to rise. In most cases the water can be discharged safely, but when a lot of rain falls in the Belgian Ardennes for a long time, the water level in the Maas rises enormously. Sometimes this increase is so great that the dikes still turn out to be too low or too weak, causing the land behind it to flood. Occasionally this can be so severe that the water is a real threat to local residents.