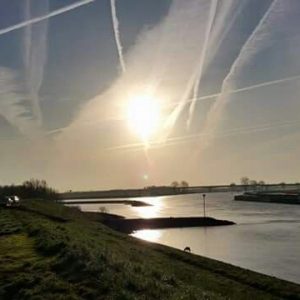 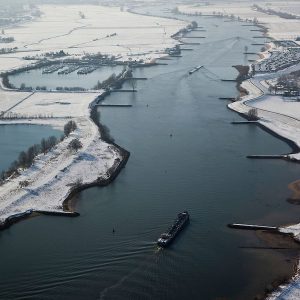 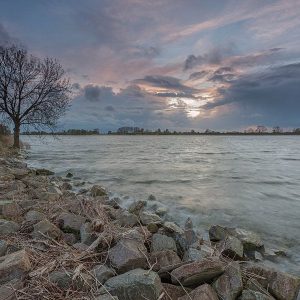 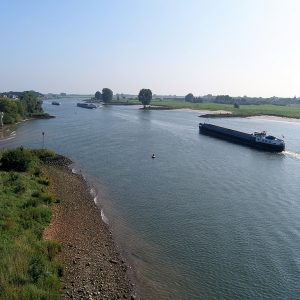 The Lek runs from the Nederrijn at Wijk bij Duurstede to the Nieuwe Maas at Krimpen aan de Lek and, as part of the main stream of the Rhine, is important for shipping between Rotterdam and Germany. The Lek is 62 kilometers long and has a width of 180 to 330 meters. In 1122 the Lek gained the most important position between Germany and the Netherlands, when the river finally became the main stream of the Rhinebecause the original Rhine run was dammed at Wijk bij Duurstede. The old Rhine course via the Kromme Rijn and the Oude Rijn has since lost its importance as a main waterway due to the changed water management. In 1285, the Hollandse IJssel was dammed at Klaphek, causing the city of Utrecht to lose its direct connection with the river. To restore this connection, the Vaartsche Rijn was dug in 1374 and a wooden lock was constructed near Vreeswijk. Due to the importance of the river as a trade route, the dikes along the Lek have been raised in the last fifteen years and the river has been given more space to process high river discharges by digging up flood plains.

The Hagestein dam and lock complex is located in the Lek near the village of Hagestein in the municipality of Vianen, in the Dutch province of Utrecht. It consists of a weir and a lock. The complex was completed in 1958. The complex is the same as that at Driel and that at Amerongen. With these three weirs together, a large part of the water management in the Netherlands can be regulated.