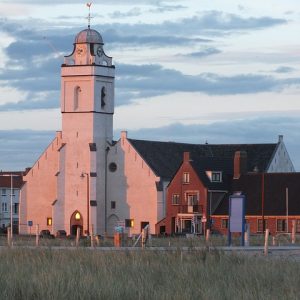 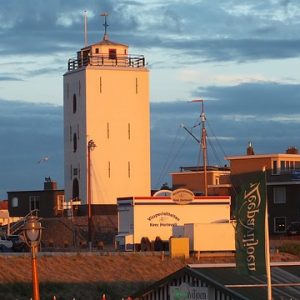 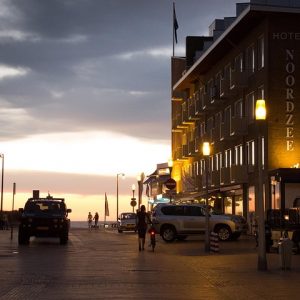 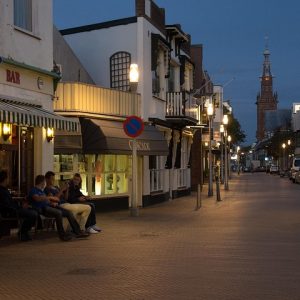 Katwijk’s history dates back to the time of the Romans, who built an army camp along the mouth of the Rhine just after the beginning of our era. The area around Katwijk has been of great strategic value to the Romans, which can be concluded from the many finds that are still being made by archaeologists. In 1231 the name Katwijk aan de Rijn first appears in the annals and one hundred and fifty years later there is mention of a fish auction on the beach of Katwijk. The two villages were connected by an old dirt road, the current Zeeweg. Katwijk aan de Rijn was originally an agricultural village at a junction of roads, with spacious buildings and many fields, greenery and country estates of wealthy families. Katwijk was situated in the dunes and had dense and low buildings with narrow streets, as protection against the wind. The Oude Kerk from 1460 stood in the middle of the village, but in the 17th century the houses around it were largely swallowed up by the sea and since then the church has shaped the Boulevard. The construction of a tram line between Katwijk and Leiden in 1881 ensured good accessibility of Katwijk for bathers from the area. 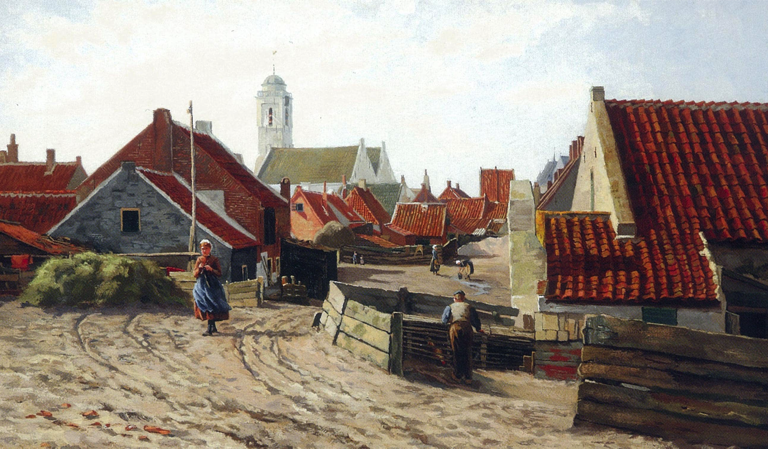 In the 12th century the mouth of the Oude Rijn at Katwijk had become blocked. To solve problems with incoming water, an organization was created that we can see as the beginning of the Rijnland water board. Since 1200, the crafts on both sides of the Oude Rijn have been discharging their excess water to the north, in the direction of the Spaarne and the IJ. Nevertheless, there was still a need for an extra discharge option at Katwijk. Since the early 15th century, plans were made to reconnect the Oude Rijn with the North Seato connect. In the years 1571-1572 a modest drainage was built. It turned out to function well, but the war conditions of the following years paralyzed the work of the water board. The discharge silted up and the cul-de-sac between the Oude Rijn and the dunes became known as the Mallegat.

In the 17th and 18th centuries several plans were made for a drainage near Katwijk, but within the administration of Rijnland these plans always met with resistance, especially from representatives of the city of Haarlem. They wanted to have the Rhineland load line run through the Spaarne as much as possible. The flowing water kept the Spaarne deep and that was beneficial for shipping. Only in the new political relations after 1795 could a city no longer hold back a work of common interest.

Work finally started in 1804 on a discharge canal to the north of Katwijk, an additional canal to the east of Katwijk aan den Rijn, an inner lock and an outer lock and three bridges, subsidized by the state. In 1807 the work was finished and the line was put into use in the presence of King Louis Napoleon.