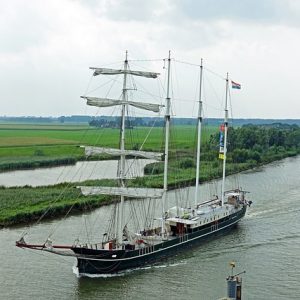 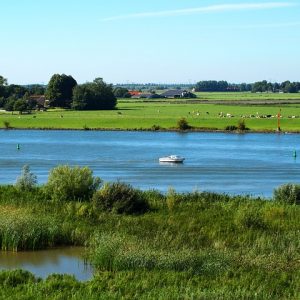 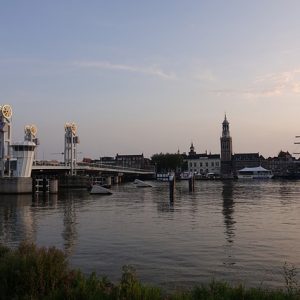 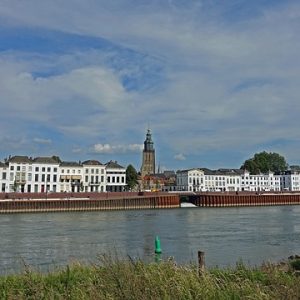 The IJssel eventually, presumably at the beginning of the 4th century, was created as a breakthrough between the two brook systems because the Berkel estuary, between Arnhem and Doesburg and later between Arnhem and Zutphen, started to contain more and more water at high water levels in the Rhine . To defend their northern border (‘limes’) the Romans pushed at the junction of the Waaland the Neder-Rijn more water to the Neder-Rijn, causing the flood of water to break through the watershed and the river dunes and make its way north. It then took several centuries before a clear channel was formed that was also navigable. The course of the IJssel has subsequently shifted regularly, also due to the interference of humans through canalisation, dykes and paving with groynes and stone banks. The last canalisation dates from 1959, but very recently a bypass to the Drontermeer was dug south of Kampen. Currently Rijkswaterstaat and the water on new secondary channels to dig the water at very high water to drain faster into the IJsselmeer.

Kampen, a city along the Ijssel