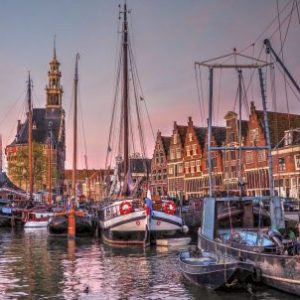 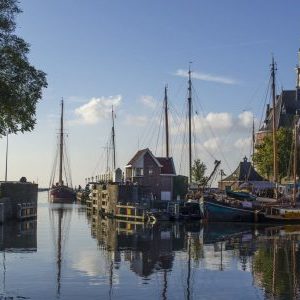 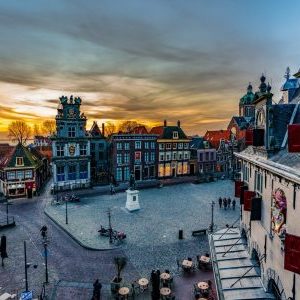 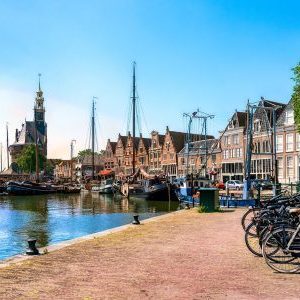 It is not entirely clear when and where Hoorn originated. The 17th-century Hoorn historian Velius wrote that Hoorn must have been founded around 1300, at the mouth of the peat river Gouw. However, the oldest archaeological finds found in Hoorn are still a century older. It is quite possible that there were settlements before, but that they were flooded by the Zuiderzee. The settlement was attractive to traders because of its location at the mouth of the Gouw. Contact was possible with other settlements in West Friesland via the river and contact was made with cities further away via sea. From about 1300 onwards, various archives of cities on the Baltic Sea and in Flanders mention merchants from Hoorn. In 1356 the town was already rich enough to be able to buy city rights. The city later joined Philip the Good, which allowed use of the large trading network of the Burgundian Empire. In the Hoekse and Kabeljauwse disputes, troops from Hoorn fought against Jacoba van Bavaria. 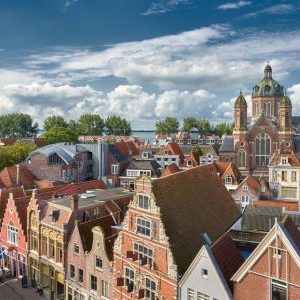 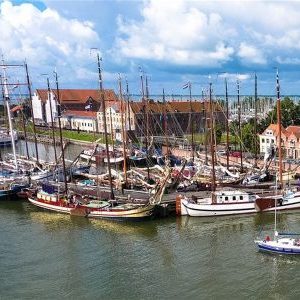 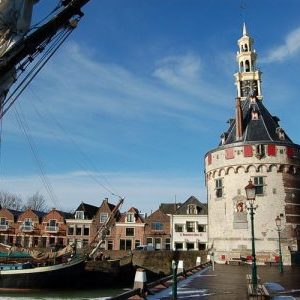 Joining the uprising against the Spanish was another political choice that brought the city success. After Den Briel was conquered by the Geuzen in 1572, Hoorn, along with the rest of the region, sided with William of Orange. In this battle Hoorn ships successfully took on a Spanish fleet in the Zuiderzee. The growth and prosperity that the Netherlands experienced during and after the Eighty Years’ War also had an effect on Hoorn. Hoorn became the administrative and economic center of the area north of the IJ. The VOC, the WIC, but also the North Company and the Admiralty settled in the city. Jan Pieterszoon Coen, the famous skipper Bontekoe, but also the namesakes of Cape Horn, departed from the harbor of Hoorn. However, Hoorn could not compete with Amsterdam. More and more ships sailed past Hoorn and the city slowly went downhill. With the foundation of the Batavian Republic after the French Revolution, all administrative functions of Hoorn came to an end. In the 19th century, trade flourished for a while, thanks to the large agricultural production of the area around the city. The Hoorn cheese market became the most important in the province. In the 20th century, this market function disappeared again, but Hoorn remained an important city for the region. Halfway through the century, the city was given a new function as an ‘overflow’ for Amsterdam, which burst at the seams. The city now fulfills a regional function for education, health care and shops. Hoorn is also trying – successfully – to develop into a tourist center. A part of Hoorn has been reconstructed in Nagasaki Holland Village, Japan.