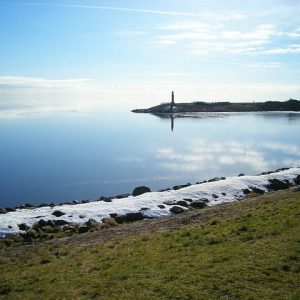 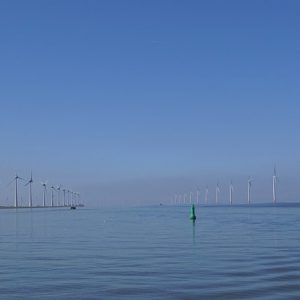 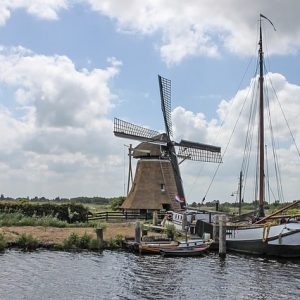 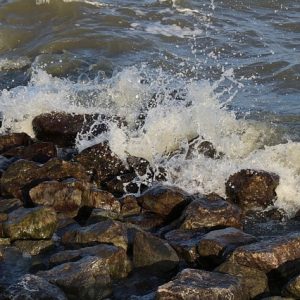 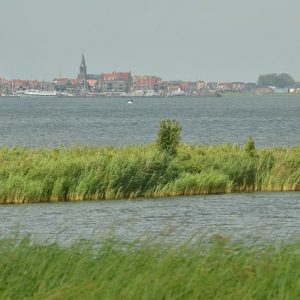 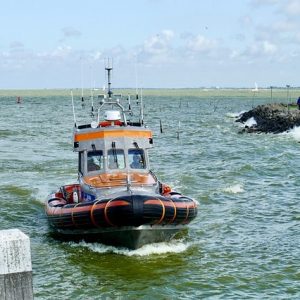 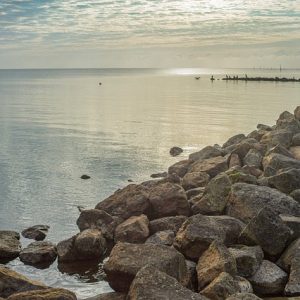 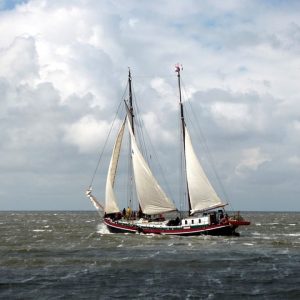 The IJsselmeer is with an area of 1,133 km² the largest lake in the Netherlands. The average depth is 4.4 meters. The deepest point is off the coast of Lelystad (9.5 meters below sea level). The IJsselmeer region has a long history, resulting in a great diversity of special landscapes and cultural heritage, from geological relics from the Ice Ages to archaeological traces of our distant ancestors, who roamed the area when it was still land. An important part of the heritage is related to trade, ports, shipping and the associated industry and fishing past.

In 1932 the Afsluitdijk was closed and the IJsselmeer closed off. Initially it was a lake with salt water, but because only fresh water was now supplied, the lake first became brackish and after two years it was almost completely sweetened. This had major ecological consequences. Since the end of 1937 there has been talk of a completely fresh IJsselmeer and a new (biological) equilibrium was reached in mid-1939. The lake is mainly fed by the IJssel (which gets its water mainly from the Rhine ) and to a lesser extent by the Overijsselse Vecht. The role of the Markermeer is small: in winter about 6% of the incoming water comes from the Markermeer , in summer net water is discharged to theMarkermeer . At low tide, when the water in the Wadden Sea is lower than in the IJsselmeer, thewater is dischargedto the Wadden Sea through two sludge complexes, the Stevinsluizen at Den Oever (North Holland) and the Lorentz locks at Kornwerderzand. The surrounding areas are also supplied with fresh water; at Lemmer, for example, water is let in to supply Friesland and Groningen with fresh water. The water is used for agriculture and flushing to prevent salinization. Water is also used for drinking water supply, such as at Andijk. In summer the water of the IJsselmeer is 20 centimeters higher than in winter; the summer level is kept at 0.20 meters below NAP, the winter level at 0.40 meters below NAP. In the summer, when the rivers supply little water, but a lot of fresh water is needed to flush canals and counteract salinization in the polders throughout the northwest of the Netherlands, a relatively high water level is ensured in the IJsselmeer. To this end, the IJssel has been deepened and three weir complexes have been placed in the Lower Rhine. 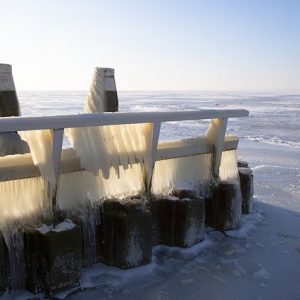 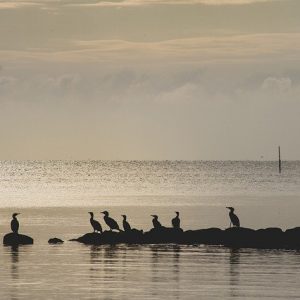 The IJsselmeer is bordered by the Afsluitdijk, the Frisian coast between Makkum and Lemmer , the western dyke of the Noordoostpolder , the Ketelbrug, the northwestern dyke of Eastern Flevoland , the Houtrib locks, the Houtribdijk (between Lelystad and Enkhuizen ) and the North Holland coast from Enkhuizen to Den Oever on the Afsluitdijk . The construction of the Houtribdijk (1976) became the Markermeersplit off from the IJsselmeer. In the time of the Zuiderzee, ebb and flood currents created deep rifts (channels through which ebb and flood water flows) in the northern part of the IJsselmeer. After the construction of the Afsluitdijk , tidal movements stopped and the former stream channels became shallower, because the finer silt precipitated there. The bottom of the IJsselmeer consists mainly of sand. In the deeper parts, near the former stream channels, there is also sand and clay. Locally, boulder clay is added to the soil surface at some locations. The IJsselis the main source of sediment that is transported to the IJsselmeer via the Ketelmeer. There is dredging for sand and the construction and maintenance of navigation channels. In some places dredged material is again dumped in the holes created by sand extraction. 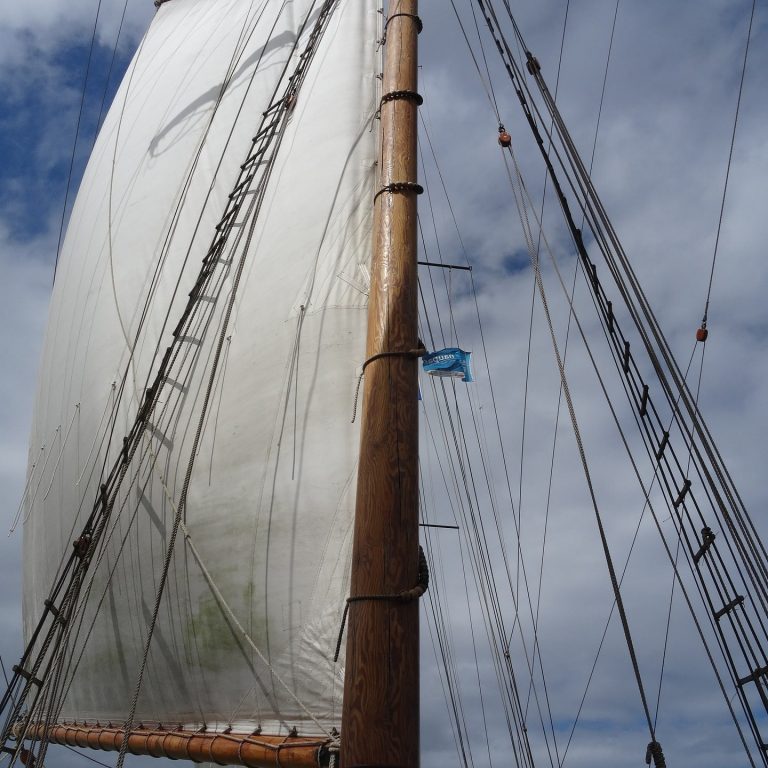