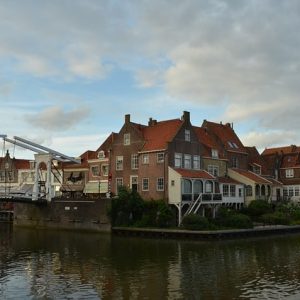 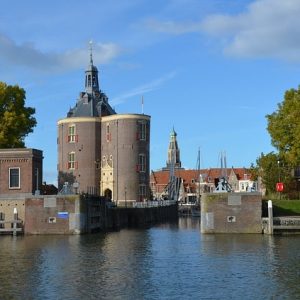 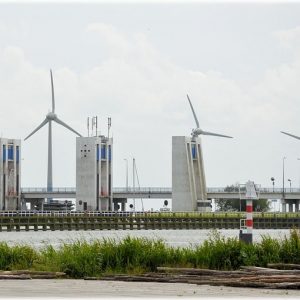 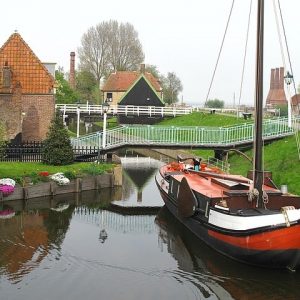 The municipality of Enkhuizen comprises the residential areas of Enkhuizen, Westeinde and Oosterdijk and originated around the year 1000 with some simple houses for fishermen and farmers on a drought outside the dykes, southeast of what is now Enkhuizen. Enkhuizen lost the battle against the power of the Dutch counts, just when it received its rights from Jan I in 1299. The East Frisians were formidable opponents of the Dutch counts and the Enkhuizers. Under William the Fifth, Enkhuizen received city rights in 1355, which united Enchusen and Gommerkerspel into a city. The main livelihoods were shipping and fishing. A heavy storm in 1361 led to the construction of a harbor, the present Noorder en Zuider Havendijk. Enkhuizens’ urge to prosperity resulted in the construction of merchant houses, the Rommelhaven in 1935, the Oude Haven, now Dijk, in 1542 and the construction of the Oosterhaven in 1567. In 1549 the enclosure of Enkhuizen was completed. Partly thanks to this walling, in May 1572 in the battle against the Spaniards, ‘the key to the Zuiderzee’ remained in the hands of the residents. The development of shipping and trade with countries such as the East Indies and Japan did Enkhuizen no harm. The population continued to grow and new defenses were built. The Drommedaris is the only gate from this old defensive belt that has been preserved and now largely determines the appearance of Enkhuizen. 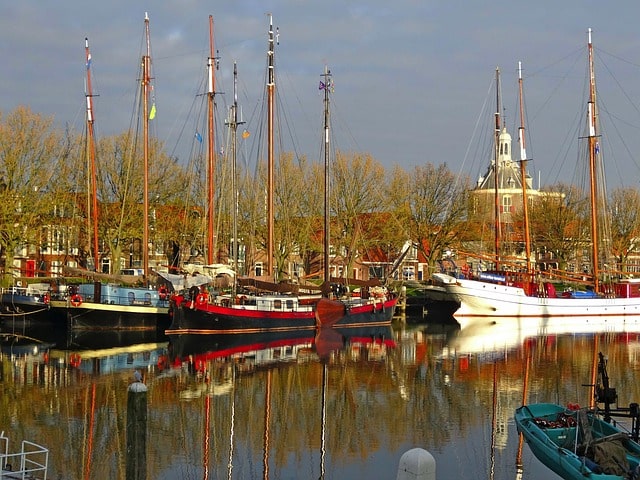 After this period, Enkhuizen had to deal with privateers ships from Ostend and Dunkirk and the boycott of the Dutch ships in an international context, following the ‘Act of Navigation’ issued by the English dictator Cromwell. The plague claimed more than 2,600 victims in 1636.

In addition, the outbreak of the First World War in 1914 and the increasing position of Amsterdam came at the expense of the cities of the Noorderkwartier. Enkhuizen lost a lot of capital to the restoration of the consequences of silting up the harbor mouth. Various wars caused the population to decline dramatically, as did the herring fleet. During the last quarter of the last century, Enkhuizen’s position strengthened again, partly due to the new railway connection with Amsterdamand the intensification of agriculture and horticulture in West Friesland. In addition to the cultivation of the usual seeds, people increasingly engaged in the cultivation of flower seed. The cultivation of potatoes and vegetables increased continuously and the flower bulb culture offered good prospects. The closure of the Zuiderzee in 1932 provided a reasonable living for the eel and zander fishermen. The population increased rapidly after World War II and an era of recovery began. Various large and small companies developed. The seed companies currently located in Enkhuizen occupy a leading position worldwide. An important plastics industry is also located in the municipality. In terms of tourism, Enkhuizen offers a beautiful historic city center, the Zuiderzee Museum and the marinas,