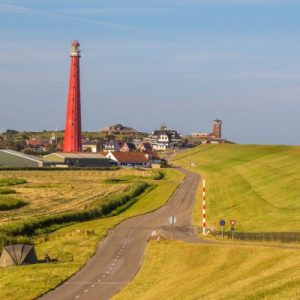 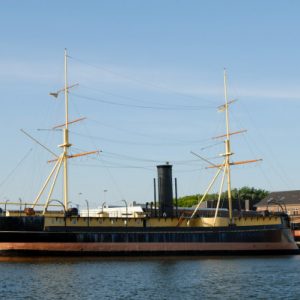 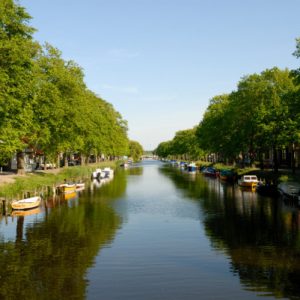 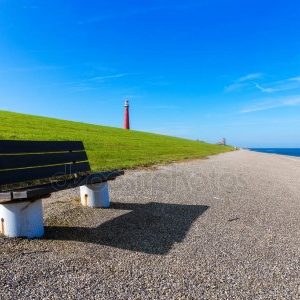 The history of Den Helder starts around 1500 when the first houses were built on a spot that is now just north of Oud Den Helder in the sea. This hamlet was called ‘Die Helder Buyrt’. The residents lived from fishing in the North Sea and the Zuiderzee. In 1570 there was a violent storm that caused a great storm surge and flooded the entire area. This storm surge is called the All Saints’ Floodmentioned. The nearby and much older village of Huisduinen was also completely washed away. In Huisduinen, the first farms were already built around 745. At that time, the people lived mainly from arable farming and livestock. Like Die Helder Buyrt, it lay on an island of sand. After the flood of 1570, the villages were rebuilt in new dry places. The new Die Helder Buyrt was built on the place that is now called Oud Den Helder. Den Helder has grown from this location. Many influential people lived on Huisduinen, such as the whalers and captains of the merchant ships that anchored their ships in the port of Den Helder and the people who ruled the area. From 1700, Die Helder Buyrt started to become more important than Huisduinen. The population grew and the port was used a lot. Many whalers, also known as commanders, came to Den Helder. At the end of the 18th century, the port of Den Helder had grown considerably and was considered one of the larger European ports.

The Netherlands was dominated by the French between 1795 and 1813. The enemies of France, England and Russia sent their armies to the Netherlands in 1799 and occupied Den Helder. Then they were again defeated by the French. In 1811, the Emperor of France, Napoleon, ordered the construction of a large defense work around Den Helder. Napoleon wanted to defend himself against attacks from enemy armies. This is how the forts Kijkduin, Falga, Dirks Admiraal, Oostoever and Erfprins were created. Napoleon also ordered the construction of a naval dockyard in Den Helder, but it was not completed during his reign. In 1813 the French rule came to an end, but the French army did not leave Den Helder until 1814. After the French period, the Netherlands became a kingdom. King William decided in 1814 that Napoleon’s plans still had to be carried out. The naval dockyard was named Willemsoord and was taken into use in 1826. In 1819 the construction of the Noordhollands Kanaal started, which connected Den Helder with Amsterdam via Alkmaar . This canal was dug by thousands of workers, using wheelbarrow and shovel as their only tool. The canal was opened in 1824. Small ships could now go through the canal to Amsterdamthe larger ships still had to circumnavigate the Zuiderzee because the channel was too shallow for them. The Helders Kanaal was dug in 1829 to connect the Het Nieuwe Diep district, which was actually a separate village, with Oud Den Helder.

The city grew rapidly and around 1878 more than 22,000 people were already living in Den Helder. Because the big ships still had to circumnavigate to get to Amsterdam , Amsterdam decided to dig its own canal directly to the North Sea, the North Sea Canal . This was not good for Den Helder; many ships now passed the city. The large offices of the shipping companies moved to Amsterdam and many shops and businesses disappeared. The navy and the state yard remained in Den Helder and offered work to more and more people. The Second World War also had major consequences for the residents of Den Helder. The naval city was taken by the Germans and Den Helder has often been bombed by the English in an attempt to expel the Germans. Many residents fled the city. For example, 1,500 people from Den Helder came to Schagen. The municipality of Schagen did not immediately have housing for all these people and built new houses for the refugees. In 1943, the Germans began to demolish Oud Den Helder, including the entire Kanaalweg and Hoofdgracht with beautiful old houses from the 19th century. In total, more than 2,200 houses were demolished by the Germans, to make room for the construction of large defenses along the coast, the Atlantic Wall. These were major obstacles and bunkers to prevent the English and the Americans from attacking from the sea. After the war, Den Helder was rebuilt into a large naval city. The people who had fled during the war returned. From 1950 Den Helder started to get bigger. Today, approximately 56,000 people live in Den Helder. 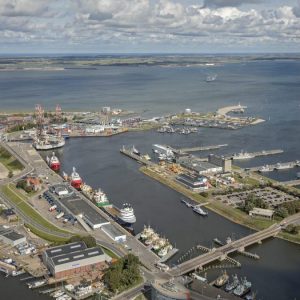