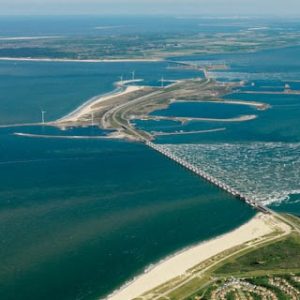 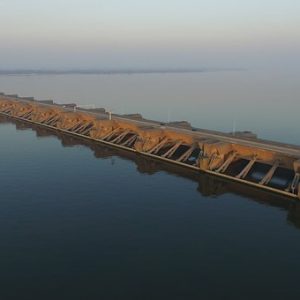 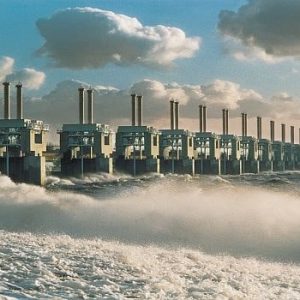 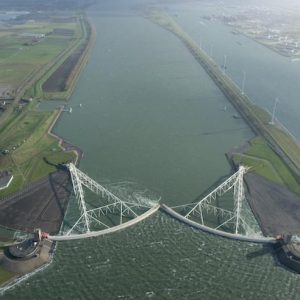 Since 1937 studies have been carried out by Rijkswaterstaat which showed that during times of large currents and high water levels, the safety of the Netherlands was not assured. In the densely populated areas at the mouth of the Rhine , Maas and Scheldt, it proved difficult and expensive to build new dikes or reinforce old dikes. The solution initially seemed to be damming all river estuaries: the Westerschelde , the Oosterschelde , the Haringvliet and the Brouwershaven Gat. This proposal became the Delta Planmentioned. In 1950 work began on damming the Brielse Gat and the Botlek, turning the Brielse Maas into a freshwater basin. This was important because horticulture on Voorne had a great shortage of fresh water. The Delta Plan was so extensive that it was decided to implement it gradually. However, the flood disaster of 1953 threw a spanner in the works; 1,835 people lost their lives and over 150,000 hectares of land was flooded. This raised awareness that something had to be done immediately.

Just days after the flood disaster, a Delta Committee was installed. This committee would advise on the implementation of a Delta plan that would increase safety in the Delta area in a sustainable manner. However safe the area had to be, the Nieuwe Waterweg and the Western Scheldt had to remain open due to the economic importance of the ports of Rotterdam and Antwerp. To be able to construct dams at the mouth of the waterways, a number of auxiliary dams would also have to be built in the Zandkreek, the Krammer, the Grevelingen and the Volkerak. These are called the ‘compartmentalization dams’ because they are said to divide the water into smaller compartments. The Delta Act was passed in 1959 to properly regulate the construction of the dams.