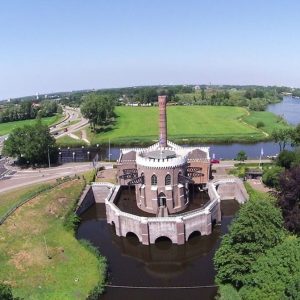 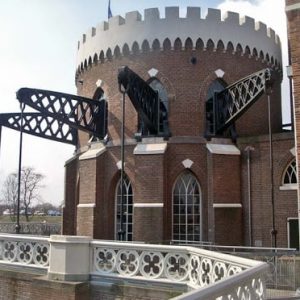 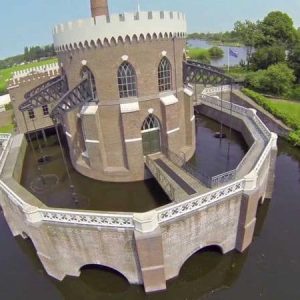 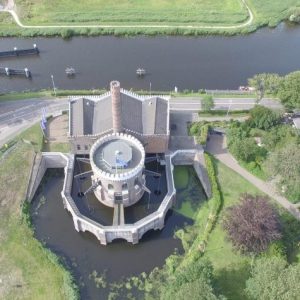 Commissioned by the then State Commission for management and supervision of the reclamation of the HaarlemmermeerDe Cruquius pumping station was built. The pumping station, named after the hydraulic engineer and cartographer Nicolaas Samuel Cruquius (1678-1754), was put into use in 1849. The installation consisted of eight piston pumps placed radially around the driving steam engine. The pumps had a combined capacity of 320 m3 / minute at a delivery head of 5.0 meters. It was powered by eight cast iron balance arms and wrought iron tie rods, by a vertical steam engine with a power of 360 hp. Initially six steam boilers were set up and in 1860 four boilers were added. In 1888 all boilers were replaced with six Lancashire boilers. After the decommissioning in 1933, the boilers were removed and the pumping station was no longer operational. In 1936 the pumping station was transferred to the De Cruquius Foundation, whose objective was (and has) to allow the pumping station to continue to exist as a technical historical monument and a museum dedicated to the water management. This makes Museum De Cruquius one of the world’s oldest technical museums. Since 2002 it has been possible to move the pumps and the steam engine again with the help of hydraulic drive. In 2010 the building was transferred to the Hendrick De Keyser Foundation.