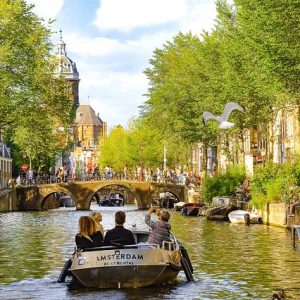 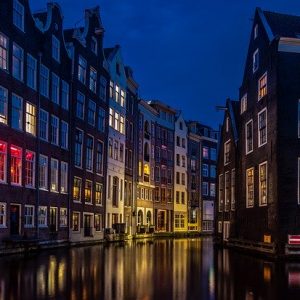 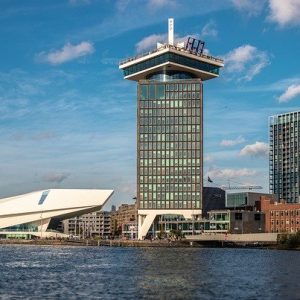 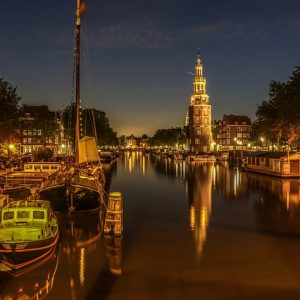 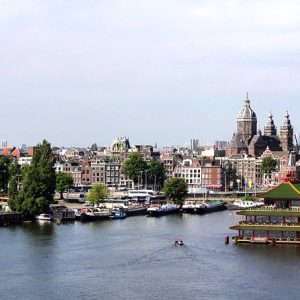 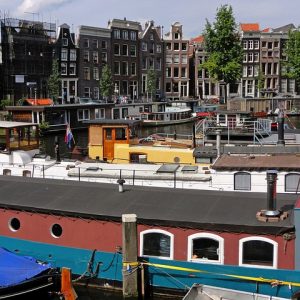 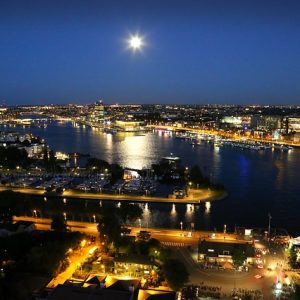 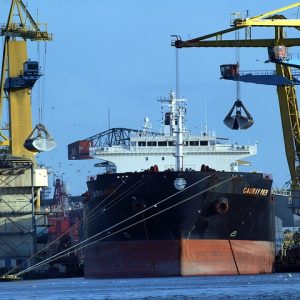 In the year 1000 farmers and fishermen from the swampy Waterland settled around the river Amstel, which flowed into the IJ. They built houses and a church on the banks of the Amstel and IJ. Between 1250 and 1275 a dam was built in the Amstel, which eventually led to the city name Amstelerdam and later to Amsterdam. A dam was built in the river Amstel and an open seaport (Damrak) and an inner harbor (Rokin) with a market square that we now know as the Dam was created. In 1300 the Diocese of Utrecht granted city rights to Amsterdam, making it a definitive Dutch city. Due to the increasing trade contacts in the 14th century with mainly the Scandinavian countries, Amsterdam quickly grew at the seams, after which the canals and ramparts were expanded. On the walls were mainly trading houses where grain, wood and beer were stored. The population also grew rapidly; in 1400 Amsterdam had around 3,000 inhabitants. 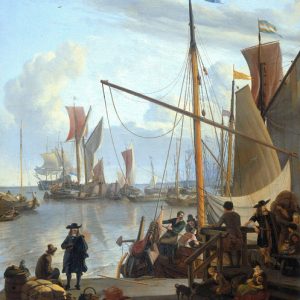 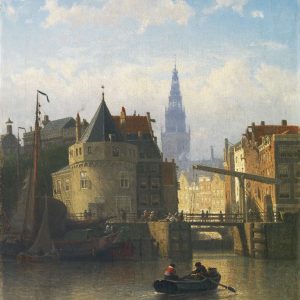 In the Golden Age, Amsterdam experienced an unprecedented economic boom between 1580 and 1672. Due to the Spanish occupation of Antwerp, Amsterdam developed into the new largest trading city. Traders and learned immigrants from various places in Europe discovered liberal Amsterdam, which was also beneficial for art and science. Traders were constantly looking for new trade contacts, which led to Cornelis de Houtman being sent to the Indies in 1595 to make new contacts. He was a merchant and explorer who sailed with the first Dutch expedition to the East Indies. In the years that followed, many merchants left for the Far East. Due to the diversity of companies, the then States General decided that all small and larger companies should be merged into one large company, the United East India Company (VOC). Amsterdam, together with 76 companies and a few other cities, was a major shareholder, making the VOC the first public limited company in the world. In addition to the establishment of the VOC, the Wisselbank was also established, which made Amsterdam the financial center of Europe. The growth in trade also stimulated the growth in art, which produced big names such as Pieter Corneliszoon Hooft, Joost van Vondel, Rembrandt van Rijn and Jan Pieterszoon Sweelinck. 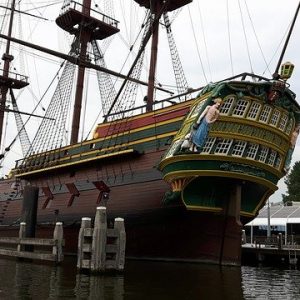 In 1810 trade and shipping with the colonial countries declined sharply due to the occupation of the Netherlands by the Empire of France (Napoleon). The war between England and France blocked trade routes, causing the Dutch Republic to lose many colonies. The economic stagnation caused a lot of poverty among the population and many Amsterdammers left the city. After the expulsion of the French by the Russians and English in 1813, the Kingdom of the Netherlands was proclaimed, whereby King William I wanted to make Amsterdam a trading city again. Contacts with the colonies were resumed and industrialization (from 1860) made the city grow enormously. Many farm workers moved to the city, so that Amsterdam had 520,000 inhabitants around 1900. The living conditions for the underclass were very bad. The middle and upper classes raised money, which eventually led to the establishment of housing cooperatives to improve the living conditions for the poor. At the end of the 19th century the housing cooperatives built neighborhoods such as the Pijp, the Dapperbuurt and the Kinkerbuurt for the underclass.

Industrialization led to the development of large steam-powered machines such as steam trains and ships, which has had a significant impact on the current shape of Amsterdam. For example, in 1898 the Central Station was built in the IJ, making the ports of Damrak, Rokin and the East and West quays less accessible for the large steam ships. As a solution, the Oostelijke Handelskade was constructed at the end of the 19th century. This soon turned out to be insufficient and the KNSM Island and Java Island were developed to handle the influx of goods from the colonies. 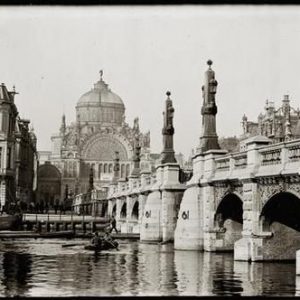 In the more recent history of Amsterdam we mainly see economic growth; multinationals that established themselves in Amsterdam and that offered work to highly educated young people. Due to the attractive, historic residential environment with many cultural facilities, neighborhoods such as the Jordaan and the Pijp became popular to live in for these young people. Their presence strengthened support for the catering industry and all kinds of other service activities. The canal belt also regained its residential function. The stately buildings were converted from the inside into apartments. Banks, law firms and insurance companies left the pits for new towers of the South Axis. In 2010 the canal belt was added to the UNESCO World Heritage List. 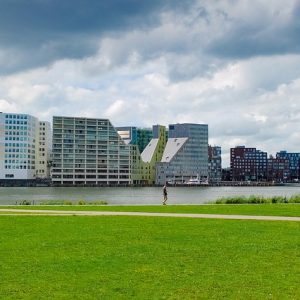 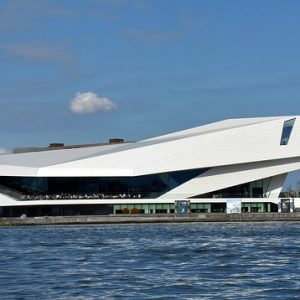 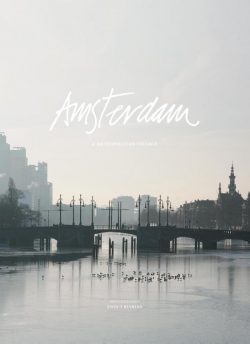