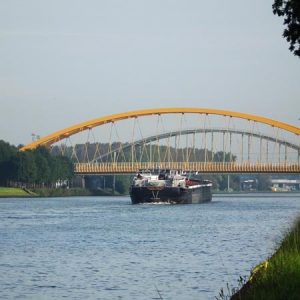 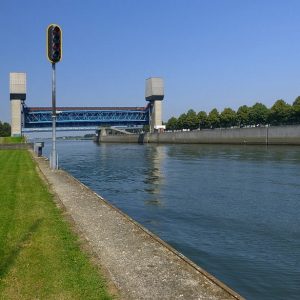 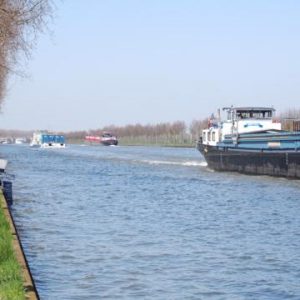 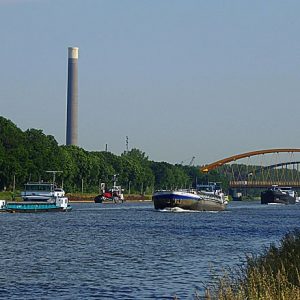 The Amsterdam-Rhine Canal was dug in the period 1933-1952 and runs from Amsterdam to Wijk bij Duurstede. On May 21, 1952, the canal was officially opened by the then Queen Juliana. The Amsterdam-Rhine Canal was the successor to the Merwede Canal. This canal ran from Amsterdam to Gorinchem and was excavated in 1883 by order of former minister Klerck, to respond to the flourishing shipping industry. The Merwede Canal was put into use in 1892 . By the end of the nineteenth century, however, it became clear that the Merwede Canalcould no longer cope with the growing number of ships and the new, larger ships. In, the canal was renovated to make it more accessible to all kinds of freight traffic. The construction of the new Amsterdam-Rhine Canal began in 1933. The northern part of the new canal was formed by the older Merwede canal and the southern part was replaced by a new canal between Utrecht, Wijk bij Duurstede and Tiel. The old Merwede Canalmostly remained in the old state, with a new branch between Jutphaas, Vreeswijk and Lekkanaal. The design for the canal was made by engineer Anton Mussert, who later became known as the leader of the NSB in the Netherlands. The project led to an increase in employment, but during the economic crisis in the 1930s, the work was difficult. During the Second World War, work on the canal was completely discontinued. The canal was then dug up to ‘t Goy. The canal was not ready for use until 1952. In 1961-1963 the canal was made wider, from 58.5 meters to 70 meters, and further widening was carried out in 1965, with the result that several bridges across the canal had to be replaced.