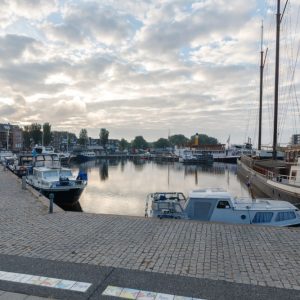 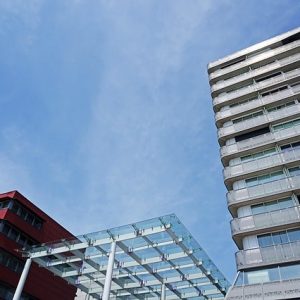 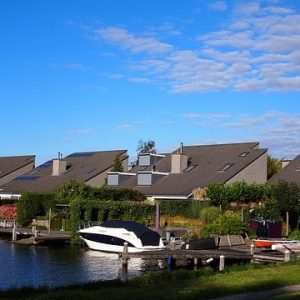 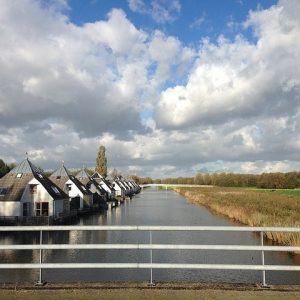 Almere was established in the second half of the twentieth century as the second largest city in the province of Flevoland. The first homes were completed in 1976. It has now far surpassed Lelystad , the capital of Flevoland with more than 79,000 inhabitants in 2020; after 25 years, Almere already had more than 150,000 inhabitants. In 2020, it is the eighth municipality in the Netherlands in terms of inhabitants. In the coming period, the city will be able to grow to a number of 350,000 inhabitants. Almere borders on the landward side to the municipalities of Lelystad and Zeewolde. Almere is situated on its waterfront on the Gooimeer, the IJmeer and the Markermeer . The entire city is, except for the dikes, 2 to 5 meters below sea level.